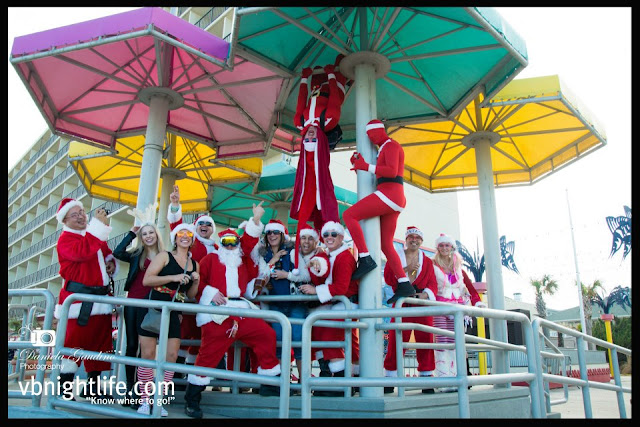 I knew this year would be way bigger than last in Virginia Beach since word had spread a lot more, and some friends + my bro came down for the festivities. Starting at noon we headed out to join a solid 300+ Santas at the Oceanfront. 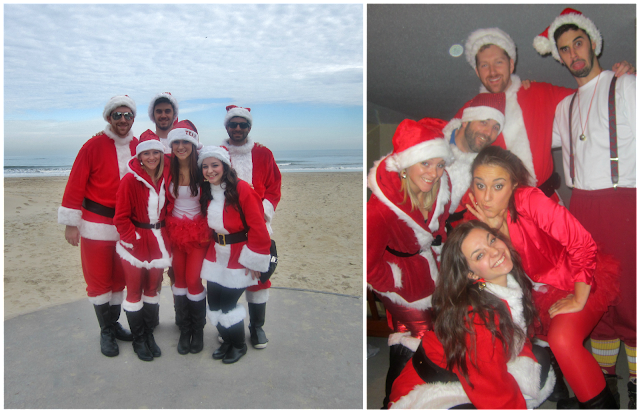 [Before and after, of course.]

I found a sweet LIGHT-UP tutu on Amazon which is now my most favorite thing ever, a shiny jacket at Ross, red tights, and socks with the fur for under my boots. BAM. I'm my own Sparkly Santa.

If you've never been to a SantaCon, you should know that you should dress up beyond just a sweater or something. You should also know that there is such a variety of Santas, it really doesn't matter how you do it! [My bro, "Post-Delivery Santa," was fretting about his outfit before we left.] 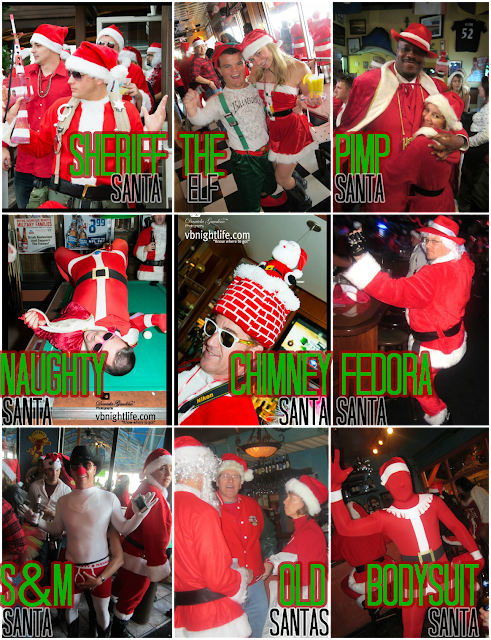 From what I hear, when you do it one of the bigger cities, they tell you a general area to head to. Ours was big, but small enough where we could all go from bar to bar together! 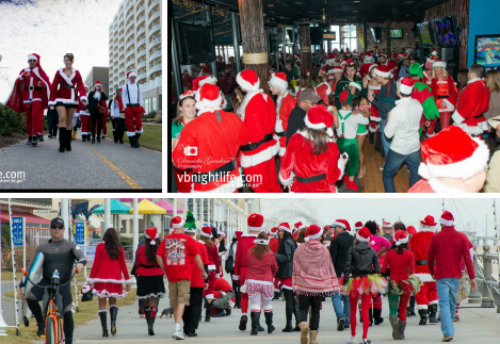 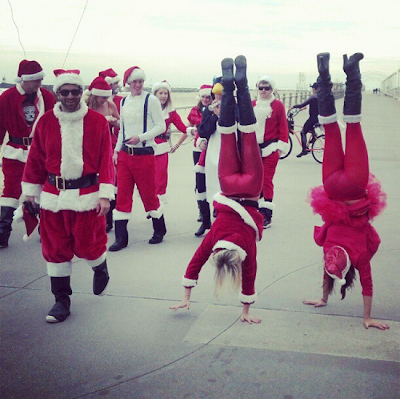 Would you expect anything less than a handstand walk to the next bar from us?

The best part about it all is just the immediate best-friendship you have with all the Santas. "Scuse me Santa!" "Ohh, Santa! You look so good!" "Hey Santa, my chimney's open, wanna get in?"
Okay, maybe I didn't say that last part, but I should have.

We also had drink specials, snow machines, festive Jello shots, cookies, and really just a blasty blast... and you shouldn't be surprised that I don't have *specific* stories to share. 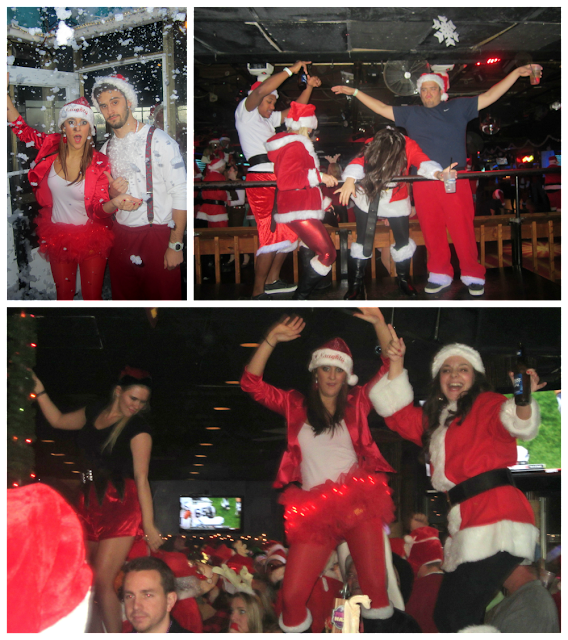 Finally, we were back to our "home" on top of a bar. [I swear my dance moves are slightly better than raising the roof.]


I'm proud to say we lasted until 9:30ish! That's longer than a workday of partying, and without any 5 Hour Energy's! If you don't think that's impressive, you clearly don't know about my narcolepsy.

There is supposed to be a video and more "professional" photos being posted within the next couple days, and I'll totally update this post as soon as I see them! Then you can be jealous that you weren't playing with us, and you'll mark your calendar for next year right now. I think we're gonna try to hit up multiple SantaCons in different cities!

In the meantime, I posted more of my pictures on my Facebook, and VBNightlife also has over 200.

Can I drink in a tutu every day?!

PS UPDATE: Thanks to Alan Boynton who got these awesome pictures and more! 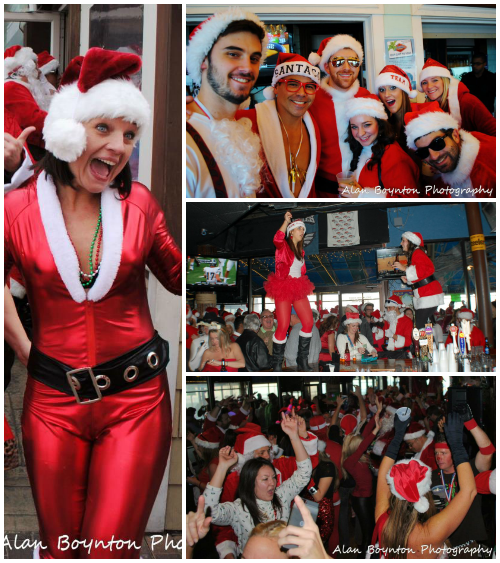 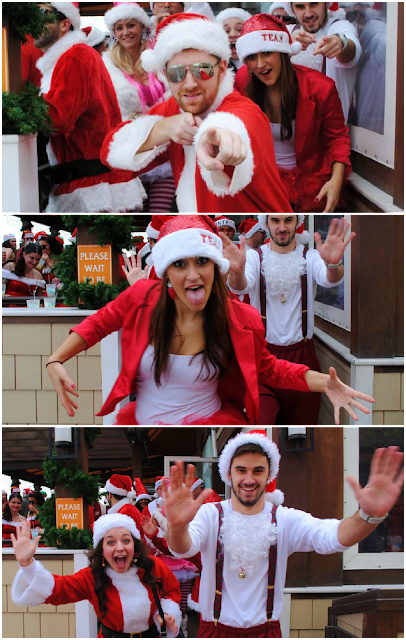 UPDATE #2: Check out the VIDEO, made by Blockheads Media.


As much as I think the video looks freaking amazing and I wanna learn how to do some of the shots/effects, I'm not sure it does the day justice. It's a CRAZY, SUPER FUN day... which I'm not sure is captured to its fullest in that video.

Can you find out who that song is by on the video?? Love it!