beyond the challenge cameras podcast: sam and trey talk popping their cherries

Challenge podcasts aren't something I normally do, but there's no real reason for that beyond it being my "off season." Of course I still watch and get into it, but it's not as intently as a fresh season of Real World. 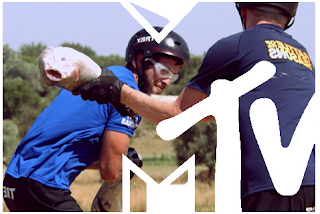 When Trey tweeted me about doing another podcast, I was totally down! And I had a genius idea: having Sam on as well! She comes into the studio to hang every once in a while, and it worked out perfectly!

They agreed and disagreed, and covered a LOT of ground... and considering this season leaves a whole lot of questions like "WTF JUST HAPPENED THERE?!" and "WHY IS THIS GOING ON?!"... they were able to answer a lot of those.

Just SOME of the things we talked about:


I really should do more of these, huh? I enjoy having Sam's take on it, too. If only it had been on video. Some of her facial expressions said WAY more than any of her words. How 'bout this: Next time I'll Ustream it live for you fancy folks.

Leave me some comments and let me know what you're thinking about this season so far! I haven't gotten to tweet much about it because of work, so I wanna know your opinion!