pics and video diary: what america needs to learn from mexico

Before last week, my passport was five years old and completely empty. Basically sadness in a book. But THEN! I decided to take a trip to Cancun.

I won't bore you too many words. I'll just share these pictures from an absolutely amazing trip, and also a couple things that I think America needs to adapt from this awesome party city ASAP. 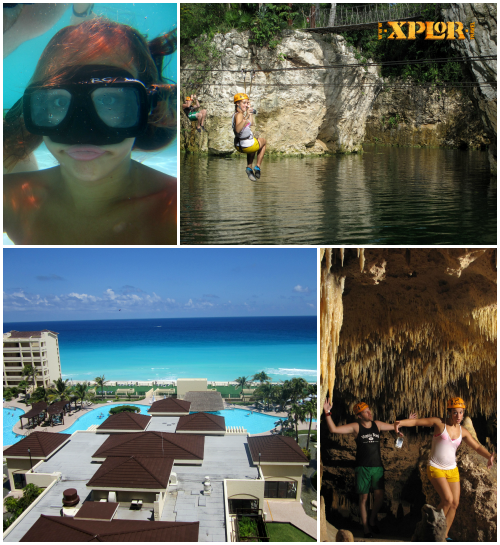 Yes, the bottom left was the view from our room. Still unbelievable. 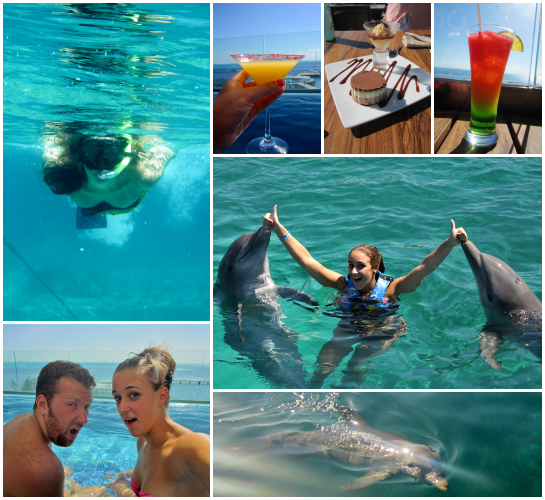 Dolphin Discovery day! We got to swim with two dolphins for an hour! I wish I had the money to get all of our pictures [like them putting their noses on my feet and making me fly through the air like Superman]. The whole area was awesome though- Pools, sting rays, sharks, snorkeling, and oh yeah- FREE DRINKS SERVED IN THE POOL! 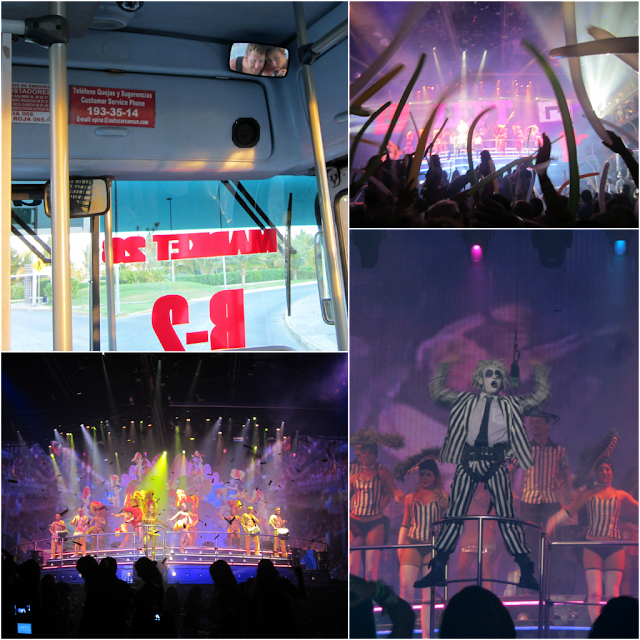 I asked Facebook where I should go, and everyone said Coco Bongo! This place was amazing! 5 minute Cirque du Soleil shows with dancing between. Perfect for my ADD mind. 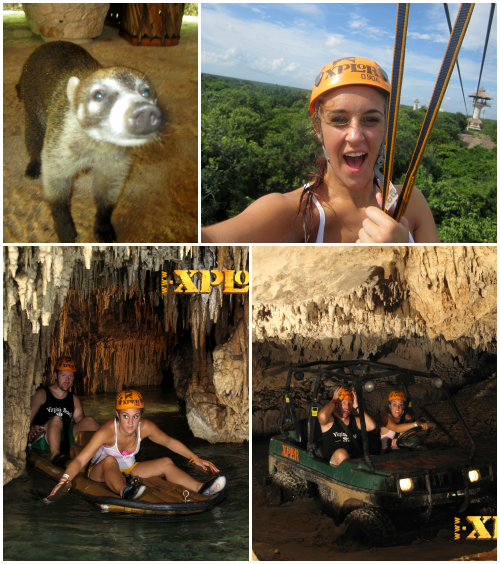 We went to the "XPLOR" park, which had sky-high zip lines, cave rafting/swimming, and ATV's to drive through it all. It was a freaking blast, and I met a new animal friend- the yet to be named Coati! Here's a video from ON the zip line:

One of my favorite moments: Being able to help release 209 brand new baby sea turtles into the ocean. We held them, put them by the ocean, and guided them into their new home. It was definitely an incredible, unforgettable thing.


Now, I think the rest of the world needs to learn from America and not wear Speedos to the bars [or anywhere for that matter], but there are some things America needs to take from Cancun:

5. Legally rob people's wallets- at the flea market. Every flea market I've gone to always meant "get things for super cheap." I know how to do it, I know how to talk people down... but somehow [I blame it on the dollars-peso conversion rate being impossible to figure out in your head quickly] my bank account was raped. I paid $50 for two martini glasses. Unacceptable. You're welcome, Mexican economy.
4. We really should learn more languages. I won't lie... I've always said you should know the language of the country your traveling to instead of expecting them to cater to you, but I was beyond impressed with how well 95% of the Mexicans knew English.. and I don't know how I would have survived if they didn't.

3. Liquor needs to be sold in Walmart. We bought a bottle of Captain for under $10 there! And Skyy was about $11! Um- BARGAIN LIQUOR SHOPPING?! Count me in!

2. We need to learn to dance. They had a dance battle on a boat one afternoon, with one person representing a different country. Go figure- America was the drunk a-hole with no rhythm. 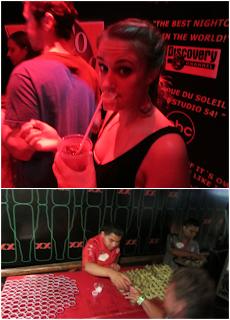 1. Drinks should be served, for free, before entering the club. We went to Coco Bongo [which is the coolest nightclub I've ever been to, BY FAR! They have quick shows based on everything pop culture with dance breaks inbetween... perfect for the ADD mind!], and before we even got inside the club, I was handed two shots of tequila and a vodka/cranberry- FREE OF CHARGE.


And that's a little about my vacation! I'm also pretty sure that something is pretty obvious/evident at this point. You're right. ;) [If ya don't get it, ya don't get it...]