Well well well... It's time to meet another roommate now filming in Portland!

I was waiting to post about her because of the lack of definite information, but I couldn't wait any longer! Hopefully her singing is better than 80% of other Real World singers. She's totally gorgeous, and her non-modeling pictures make her seem like a blast. There's also this picture from Portland: 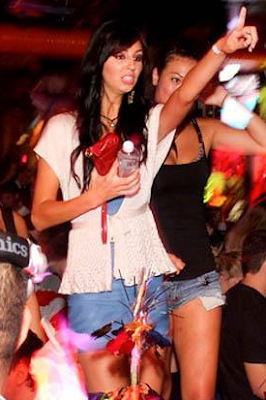 Well, maybe she looks mostly a little scary there... but I enjoy someone who will dance on a table, bar, whatever with me.

When I get more info on her, I'll totally update ya! And if you have any, feel free to leave it below anonymously!

ALSO, rumor has it someone has already moved out, maybe even weeks ago. All that's really known is that someone new has shown up- 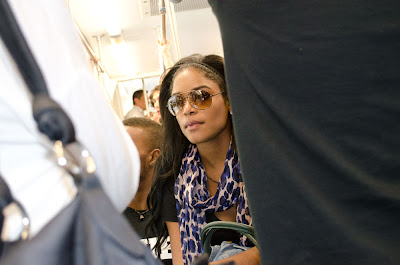 And here's another picture of them filming, from @bstasia. 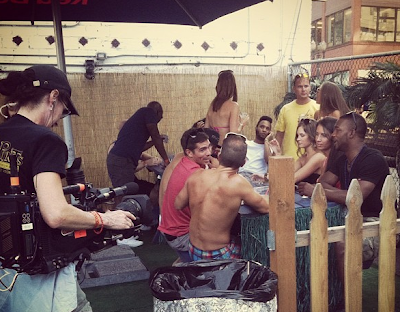 Ahh, I'm loving following this season during filming, but I hate not being able to get ALL the deets on some of these people! It's like a blue ball tease.

As always, I'm gathering information from Twitter, Vevmo, and the awesome Real World Portland spy... in case you wanna keep up with ALL of it too!

This font is really hard to read. Looks cool but really takes a concentrated effort to read your site now.

Never mind, the cursive went away.

Anastasia has not left another girl left a few weeks after filming anastaisa is 21 years old her birthday was right before they left for filming. She does have a boy friend back home

Quick Question: She is Anorexic? In person she looks extremely skinny.

Her relationship with Mark survived the Real world :) Mark even went o visit her at the real world house on September :)

Yes, she is anorexic.