beyond the real world st thomas cameras: more to love with laura 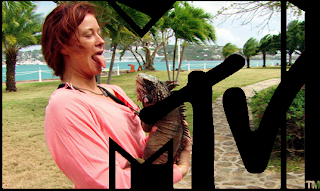 Finally got Laura on, and with perfect timing! Last night's episode was pretty crazy with her having a good time and Trey being the ultimate Debbie Downer on life.

Obviously we had to talk about all of that... and as much as she hated it at the time and agreed with my opinions, she told me I shouldn't ream him out next time I have him on.

She also let us in on where Trey and the other roommates had been before he "randomly" showed up at the same club she was at... and also the grossness that went down when they got home/between the yelling fits.

Beyond that dramz, she compared Marie to Trey when it comes to relationships and revealed who was the first roommate to really get on her nerves.

I'll be honest, I expected her pets at home to have much more *different* names, but I do enjoy the other nicknames she has come up with.

Starting next week, I will post a poll as soon as the new episode is done for you to vote for the next interview/podcast! Then I will hope and assume that that person is down since I've really had a great time with all of them so far! Very easy to talk to!

Thanks for listening! Check them all out here if you haven't already!