pics: the time i took my mom to a drag show

My mom came to visit for the first time this past weekend so that we could join the BFF and her mom at the Darius Rucker/Lady Antebellum concert. BUT... things took a detour when I told the BFF's mom about a drag brunch that happens here [at Croc's on 19th St.] every Sunday.

They really had no idea what they were getting themselves into [I've been a couple times with work].. but who would really know what to expect on a nice Sunday brunch with a bunch of drag queens?! No one.

I told them to grab some ones and we went to see those fabulous ladies. 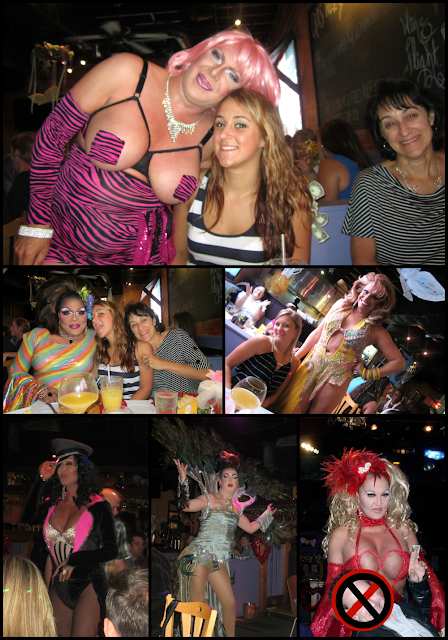 Considering the fact my mom doesn't even allow such words as suck, piss, or retard in our house, things got real awkward real quick. She got pretty into it after a little while, though! As you can see, the boobies threw her off a little bit, but I'll be honest- even I was fascinated with how real they looked [and felt].

I will say that I didn't dare look anywhere near the moms when one queen started singing "I don't care how you f#@* me, just f#@* me where you can." It's one of the funniest songs ever, I was geeking out, but I did not want to see their reactions.

[FYI: She said she wanted these pictures for herself and to show my dad, so I can only assume she meant she wanted them available for the world, right?! I mean let's be honest... my parents should know who their daughter is at this point. If they don't, HELLOOOO WAKE UP CALL.]

Don't worry, we did some normal things too. The concert was AWESOME [Thompson Square is freakin adorable and I think I have developed a SERIOUS crush on Charles Kelley of Lady A. He was real cool.], and we had some quality beach time yesterday. 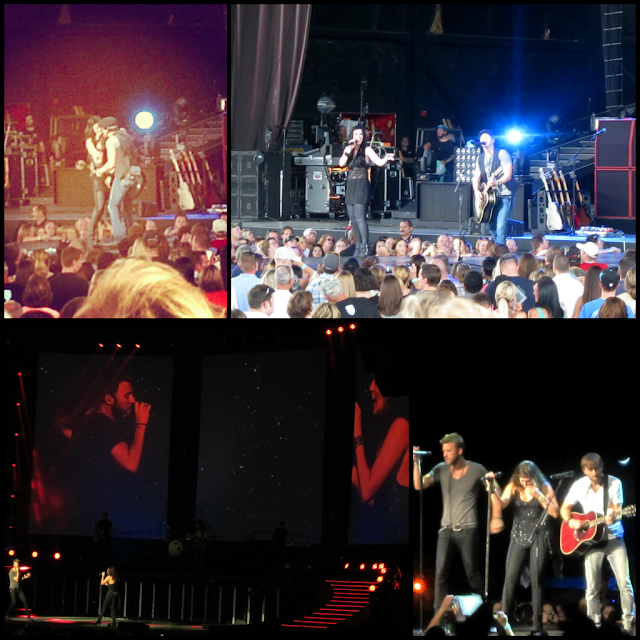 If you ever do plan on taking your mom to a drag show, prepare yourself. Or maybe prepare them. And don't get a table in the very middle of the show... that could be even more awkward.