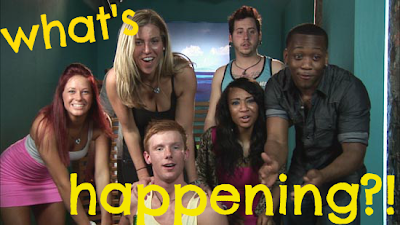 Last week, I tweeted a hint that I'd be getting more involved with this upcoming season of Real World than I have the past one or two... and now I can tell you all the deets!

I was contacted by MTV, and they offered to help me not only get more interviews and make the best of what I already do, but to also send me some MTV swag and pre-screenings of the episodes for me to watch and dissect before everyone else sees them!

Normally I like to watch it with everyone so that I can be surprised too, but now that I can watch it closely first, it'll make the polls and shareables in the chats better! Don't worry, I won't spill any secrets or ruin the ending for anyone!

Did you catch that? YES! I'll be bringing back my chatrooms during the new episodes! [And hopefully they should be helping me get the cast members to stop by like old times!] As long as people keep coming to talk about it, I'll keep hosting them, and hoping MTV officially hosts one again too!

I don't wanna promise that I'll be having a different roommate on the show/podcast every week, but that's what I'm going to aim for again. Real World DC was the most fun for all of us because of the interaction with the cast [in my opinion, anyway...], and I'd like to bring that back again! 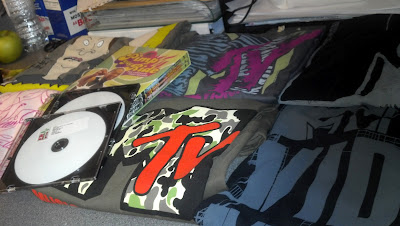 They sent me some sweet MTV t-shirts and DVDs to hand out to people, and I'll be picking one winner a week! To win: All you have to do is tweet or Facebook about my chats [make sure I'm tagged so I know!], then come in and chat it up with us! One random guest will be picked and they can decide what they want from the collection! BAM!
I'll be posting my thoughts on the first episodes later tonight, along with a link for the chat! Keep your eye out, and get excited for another fun season of the Real World! I know I am!

PS: The next Challenge has been shooting for about a month now, and the cast is pretty interesting. For all the spoilers, head over to Vevmo.