Normally I head home to the race tracks to beat a bunch of men on the drag strip, but since I moved to Texas, I had to "share" the car with my brother... AKA he gets to race it. [The younger ones always get everything, don't they?!] Since it's been a while since I've even made it home to the race, I really did wanna make it back, but once I heard about Floatopia, I had to stay here and see what it was all about. 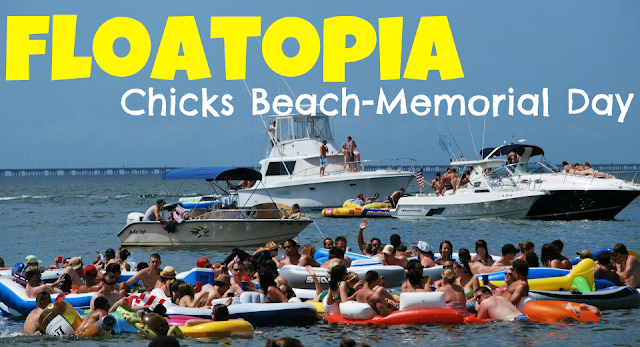 Basically, a couple hundred people head out to the bay, bring any kind of floats they can think of from simple tubes to gigantic island rafts, grab some beverages and food, and float all day long. Yeah, pretty great. 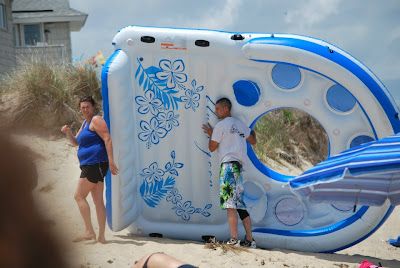 One example of the gigantic rafts. That's a 10-seater, people. With cup holders. 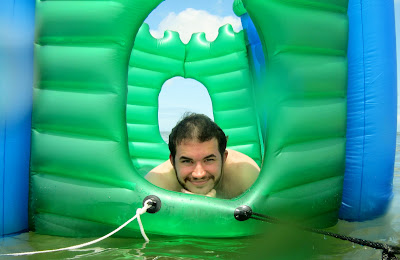 Bobby Hollywood brought a castle. Which he stayed in for about five minutes before it turned into our cooler/trash holder. 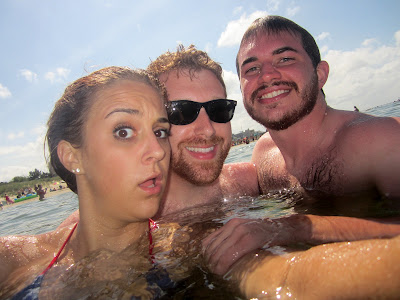 My dates, as usual. [I got a super sweet waterproof case for my camera. It's going to make for awesome pictures this summer.] One raft anchors down, then everyone else attaches to it one by one, and this is the scene for the rest of the day. These girls poured lots of shots of Fireball. 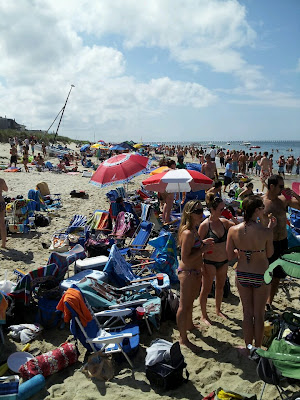 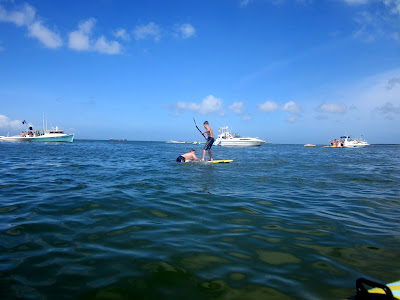 And then there were these kids. I laughed so hard. Click on it, make it bigger, and just freaking look at what's happening.

Of course I've missed the Bug Out a lot the past couple years, but I won't lie... this was a pretty sweet day. Lucky for me [and you, if you live anywhere near here], they're doing it again on the 4th of July, including fireworks!