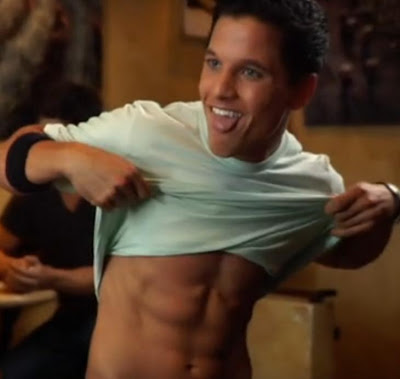 Since filming the Real World: DC, Mike has been the one cast member making serious moves towards a real career. He makes me pretty jealous, to be honest. He even hosted the red carpet during awards season!

One of his projects: Starring in small feature films, such as eCupid.

It was set to release in February, but as far as I can tell [until I talk to him], it looks like it's a little delayed. Either way, the movie looks like it's going to be a genuinely good movie.

It looks like a very gay-community-driven movie, but so what?! What matters in the movie is the story, the characters, and the entertainment, and call me crazy, but this looks pretty damn good!

I'm really proud of Mike and even more excited to see this finished product. I'm sure we all are! So here's to him and being able to say "I loved him way back when."