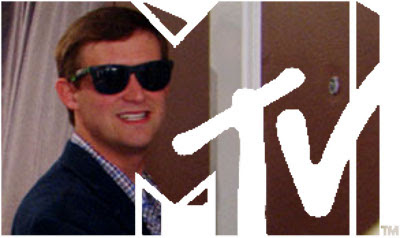 They're bacckkkkk!! Say hello to the "Beyond the Real World Cameras" podcasts! FINALLY!

Introducing this season in Las Vegas is none other than the guy from NoVA- Mike Ross.

We talked first impressions of each cast member, who he'd bang, marry, and kill, who he thought would beat him up, and exactly how his grandmother feels about him on the show.

Plus- A little rivalry between two East Coast schools- UMD and WVU.

I think that's one of my favorites I've ever done, including RWDC! He's fun. I enjoy him. "Must be that VA in us!"

Don't forget! NEW EPISODE tonight! And we'll be live chatting it right here on loveelizabethany.com! Be here at 10/9c!