on the racks: snooki does rolling stone

I thought getting the cover of Rolling Stone was a really big deal and basically meant "hey, you're a really talented, big star!" Then that spot was given to Snooki. 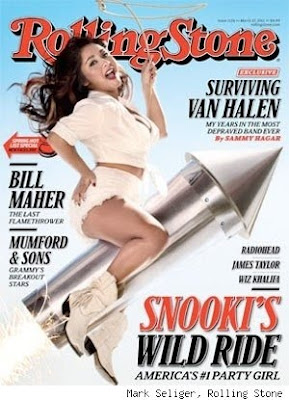 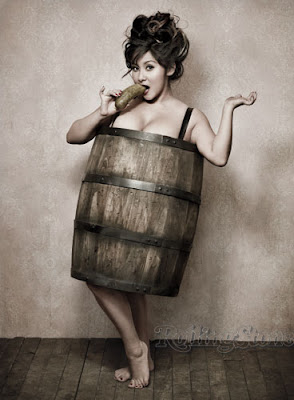 Don't get me wrong, I love the Snooks, and as you'll see, the interview is hilarious and very entertaining, and I'm sure it'll sell a ton of copies... but in case y'all forgot- She's just a drunken reality star! What does it take for me to be that cool?!

Anyway, as you can imagine, the interview has a ton of quotes that anyone and everyone should read. For example: Don't worry about her thinking like the Situation in that she'll have a career after Jersey Shore. She's in this for life, and she knows just who her role model is:

"When Jersey Shore ends I'm going to do more spin-offs. If MTV doesn't want them, another network will be like 'What does Snooki do now?' or 'Snooki's Getting Married!' What I'd like is to turn out like Jessica Simpson. She makes millions. I'm trying to build an empire because after this, I can't get a normal job."

..Well, that's for sure. At least she's got her head on straight.

And when it comes to how she sees herself on the show:

As for my favorite part of the interview; She says her motto in life is "Party it up, live it up, and don't be sad over stupid shit."
WORD, sista! 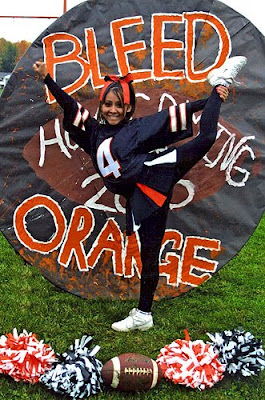 The article will have a ton more pictures, obviously, but you can check out a slideshow of the highlights and pictures here. Old school cheerleader-Snooki pics are definitely included. She's like a whole different girl!

Also, check out the rather cute video of the shoot:

So: the question is: Who will sell more Rolling Stone issues- Justin Bieber last month or Snooki?