the 25 hottest guys on the real world

Tonight marks the premiere of the 25th season of The Real World, and to celebrate, Complex Magazine put together a list of the top 25 females to ever come from the show.

I don't agree with their list, but their top 3 were Mallory from Paris, Irulan from Vegas, and Jamie from San Diego. According to them, the first Vegas was the most attractive season.... 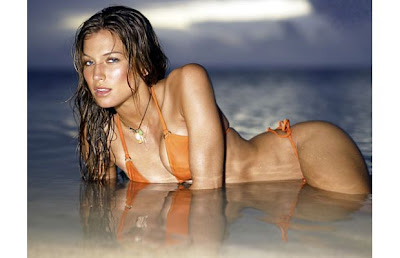 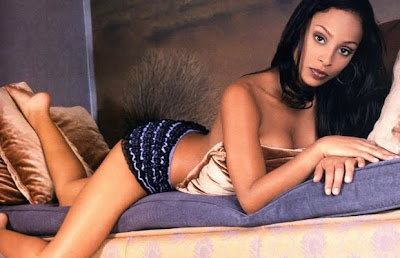 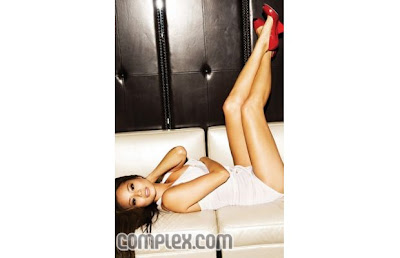 It inspired me to pick the hottest guys to ever come from the show. Straight or gay, with personalities definitely playing a factor, these are the most beautiful "Real" men from 19 years of TV. [Click to make it bigger, of course.] 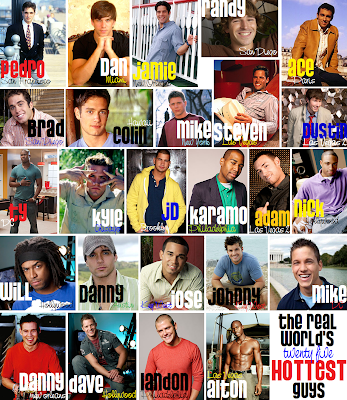 I put them in order left to right to bottom, so obviously Alton is the hottest. I mean, damn. I drool over the thought of him. As for the hottest cast of guys- Hollywood wins that title with Nick, Will, and Dave.

Looking back at pictures from the older seasons, I remember thinking Jamie, Dan, and Randy were so hott, but the pictures either don't do them justice, or we need to be thankful those fashions have disappeared. [Ahem- Jamie's haircut]

Johnny Bananas was way hotter before all of the Challenge drama he's been involved in, but I still don't hate him. Mike the Miz was also a lot hotter on his season, and now I can barely stand him, but I picked everyone based on their character on the show.

If you disagree, think I forgot someone, or want to hate on the list, let me know your thoughts! I like a good debate.

And with two of those 25 being on tonight's premiere, I think us ladies will enjoy it.

Steven - Vegas and Johnny - Key West were my maaaaaain mmm :)