Tweet It's been a while since I've been able to update you on the upcoming season of Real World: Back in Las Vegas. I have 2 more roommates to introduce you to [which only leaves one "mystery"] and a few fun little spoilers.
Meet Leroy Garrett and Heather Cooke: 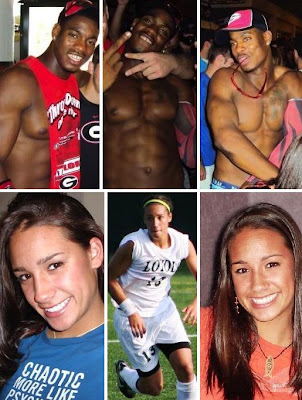 Leroy is from Romulus, Michigan, and apparently "loves to party, have fun, and most of all hook up with chicks." People are saying he moved to Dallas recently, so if any of my Texans recognize him, you know what to do. By the looks of his pics, I'd say he's going to be a huge dbag.. but "ya can't judge a book by its cover." ...Yea, whatever.

Heather is the replacement for Adam who got kicked out after 4 weeks of filming [and yes, is the second Heather in the house.] She turns 22 on Christmas day, half Filipino, half white, and is from California, MD! Another DMV local! She went to Leonardtown High and played soccer for Layola Maryland. Apparently she was working in DC as a junior program analyst for Amelex before heading out to Sin City! DMV REPRESENT! 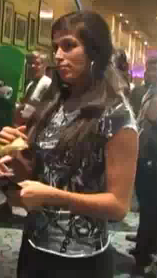 Now we'll sit back and relax and just wait for the show to air. Hopefully it won't be too long of a wait since Cut Throat is coming to an end.

Heyy thats my cousin your talking about!!! And hes not a dbag...he is a really good guy!

He could totally prove me wrong... just saying every season needs a dbag, and first impressions point to him. We shall find out. :)

I actually went to high school with him. He was funny and laid back. He definately could have changed but he always made me laugh. While he was a jock...I've never heard anyone including myself refer to him as a dbag! If this is your impression...you will be knocked off your feet!

What are Heather's feelings on interracial sex? I think her and Leroy would make a good couple and would like to see them hook up.