the "dead" celebs are really freaky inside coffins

Tweet I'm all for doing something creative to raise money for charity. I think Alicia Keys' idea of "dying"/removing her and other celebs from all social media until a certain amount of money is raised is genius. That's what they're doing as of today in order to raise money for Keep A Child Alive and World AIDS Day.

What I think is maybe a little too far is the whole posing in a coffin thing.

Most of them got into a coffin, in a pretty lifeless position, and made themselves literally appear dead. 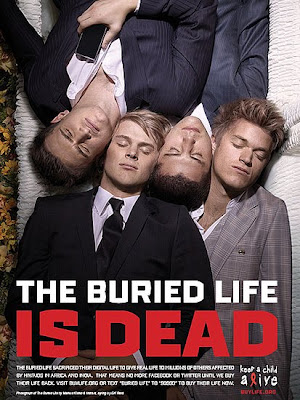 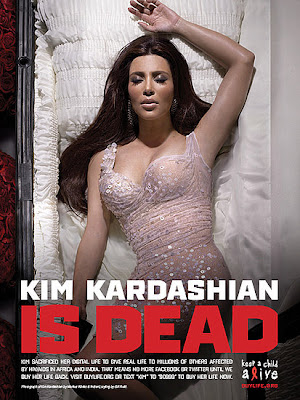 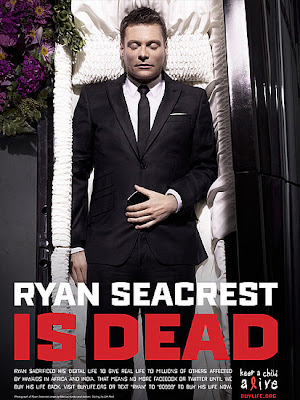 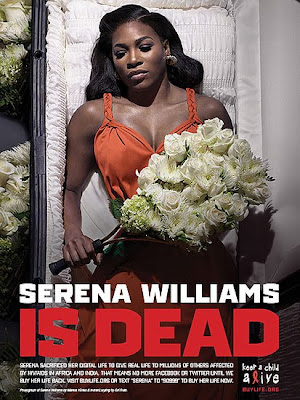 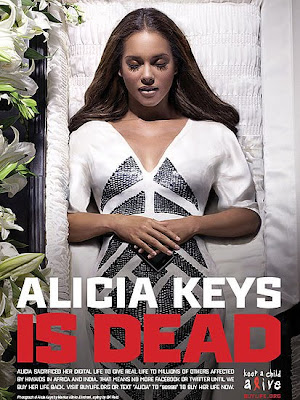 [More of the pictures can be found here.] I just think it's too much. It freaks me out. Maybe it's because I've been lucky enough to only have to attend one viewing in my lifetime, but now I'm going to have nightmares of the Buried Life guys not completing their list because people didn't donate money.

What are your thoughts? Am I just a big baby? I can handle it if I am.

Posted by elizabethany at 3:51 PM