jim carrey is a grandpa! 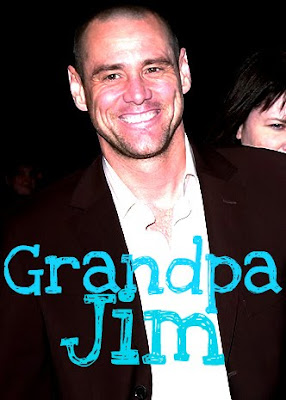 This may seem a little weird to some of you like it did me, but it's true! Jim Carrey is officially a grandpa! And he's super proud of it, too!

His daughter, Jane [who's married but only 22!], had her first kid this weekend. It's a boy! His name is Jackson Riley Santana.

First of all, little Jane has grown up to be quite the hott lil mama, eh?! No pun intended, of course.

Second- Do you realize what this means?! Jenny McCarthy is practically a grandma. Woah.

It's hard enough to think that Lloyd Christmas is a grandfather, but Jenny McCarthy?! Of course, he's not her blood grandson... but she's still going to be called Grandma Jenny, I bet!

Talk about the hottest GILF on the planet, right boys?!

Also- I love when people use themes for names in the family. They're all J's!