the new mtv logo was missing something

MTV finally decided to stop claiming they're still "Music Television." They have a new logo and it's straight up MTV.

Who knows what the M means these days if it's not music, but they seem to be excited to rep all their uber popular shows, eh?! 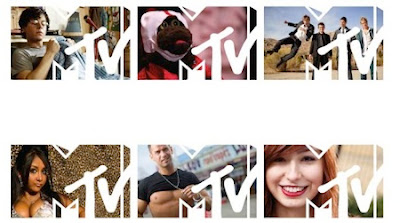 Wait a sec.... I think they're forgetting one, no?! Is The Real World not their claim to fame in the reality TV world?! How come they don't have a spot in their new logo?!

It's a good thing I have my handy dandy techy BFF that can fix that problem! We picked out a few pictures from the episodes so far and helped MTV create some more logos.

You're welcome, MTV. It was my pleasure. I wouldn't want you to forget about the people who are the sole reason I still watch you!

Expect more in the future! Of course I had to do two with Andrew. He's the most entertaining!

And BTW- Is "My Life As Liz" really better than RWDC?! Let's be honest. That show is terrible. It makes me very angry how Real World: DC is being overshadowed be lame shows.