on the racks: rihanna does glamour

If you haven't heard, Rihanna is all over your TV this week talking about the Chrianna issue. Tonight she'll be on 20/20 with Diane Sawyer, and everyone's saying it's going to be a huge interview, so make sure you set your DVR.

She's also one of the cover girls for this month's Glamour Magazine. 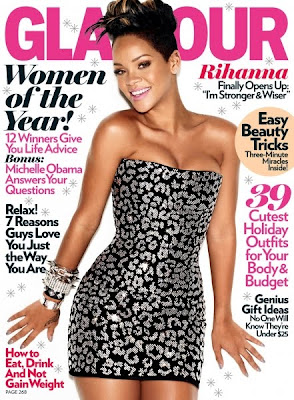 She was picked as one of the Women of the Year for 2009 because of what she's been through, the lessons she can share, and how she can be a great role model for everyone.

Yes, I think she has the ability to be a great role model and help a lot of people get through domestic violence, but so far... What has she done to help?! She's only just now talking about it, bringing it up after everyone began to let it go, and right before her and Chris both release comeback albums.

What she's saying in Glamour's interview does show some light at the end of the tunnel in the sense that she is going to take care of herself and help others, so I just hope that it'll really end up that way, and not another dirty brawl.

I’m stronger, wiser and more aware. You don’t realize how much your decisions affect people you don’t even know, like fans.

It has taught me so much. I felt like I went to sleep as Rihanna and woke up as Britney Spears. That was the level of media chaos that happened the next day. It was like, What, there are helicopters circling my house? There are 100 people in my cul-de-sac? What do you mean, I can’t go back home?

And her main message she wants to send out:

Domestic violence is a big secret. No kid goes around and lets people know their parents fight. Teenage girls can’t tell their parents that their boyfriend beat them up. You don’t dare let your neighbor know that you fight. It’s one of the things we [women] will hide, because it’s embarrassing. My story was broadcast all over the world for people to see, and they have followed every step of my recovery. The positive thing that has come out of my situation is that people can learn from that. I want to give as much insight as I can to young women, because I feel like I represent a voice that really isn’t heard. Now I can help speak for those women.

She definitely seems like she's matured and she's ready to verbally take this on publicly. She said her new album is also more grown-up and represents where she is right now, so I'm sure we can expect some hidden messages throughout the CD. 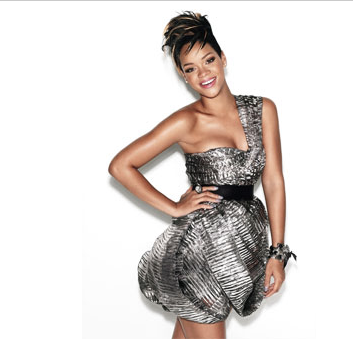 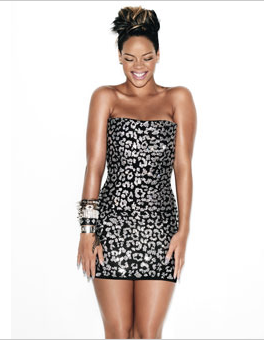 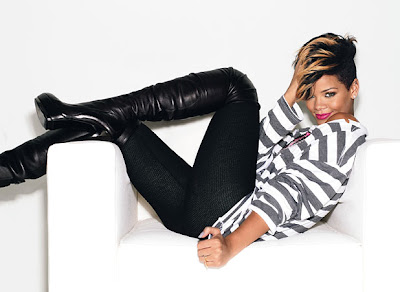 I'm happy for her, I really am! She looks happy and healthy, she sounds mentally healthy... I just hope there are no attacks at Chris Brown, and he doesn't feel the need to come back with more rebuttals. [Even though I do think he should talk more than he has...] She said she still loves him, but she could never go back.

Remember: Set your DVRs, alarms, whatever to watch it tonight! Here is a little sneak peek to get you ready:

I'm sure everyone will have plenty to say on Twitter, too... Including me.