what i have to say about the redskins: week 7 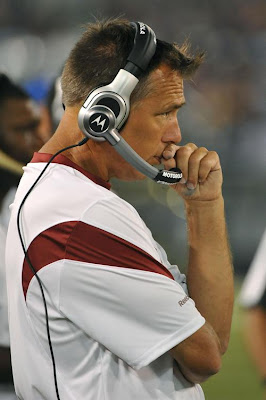 Well, I don’t even know what to say anymore about my beloved Washington Redskins. I mean, when someone tells me “Redskins suck!” I really can’t argue it like I used to.

They lost 27-17 but that last touchdown was handed to them as a sign of thanks by the Eagles. And once again, the Redskins score 17 points tying their season high which actually rises their average to 13.7 points per game.

Now, there were some positives I saw within the game, but very few.

To read more of Mikey P's response to the game click here!
Posted by elizabethany at 2:17 PM