So I originally thought the cast would be moving in on the 20th, but I was stupid. That's when they hired all of the technical people, which means the cast won' 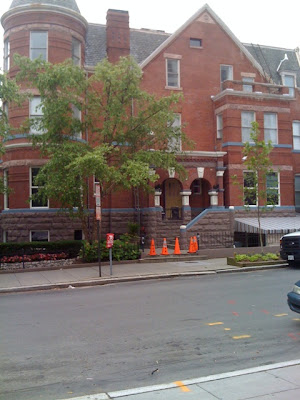 t be moving in until at least the middle of the week, if not next weekend.

HOWEVER!! They DO indeed have a hot tub! Outside! AKA easy access for me! Also, a pool table was delivered and there's some fancy canopy thing out front over the hot tub. There's also an intense guard on the steps 24-7 just chillin', not answering anyone.

Beyond the house, many people have gotten tips, which have been forwarded to me, about where the cast will be spending their time on those wild nights. Don't you guys worry, I have already mapped everything out, and I WILL be in attendance wherever they are, at least a couple of times.

It may be a little ridiculous how excited I am getting, but I'm flipping PUMPED and I can't wait to find them all!

PS: I have been getting everything ready for the big day/weeks/months. That episode will be posted Tuesday, probably.
Posted by elizabethany at 11:58 PM