I SO wish I had a decent audio recording program on this computer so I could bang out all of these stories but my cheap self has the free Audacity which crashes every time I try and record something. Convenient.

So, there's tons of stories I'm going to bang out with pictures, videos, or quick blurbs... And links to check out more.

Rihanna's comeback= Being in Kanye's next video for "Paranoid." Hmmm.. Since when does being a "video girl" launch your career back into existance? Also, remember when her and Kanye made out? Oh snap! Maybe this is more of a romantic comeback?! 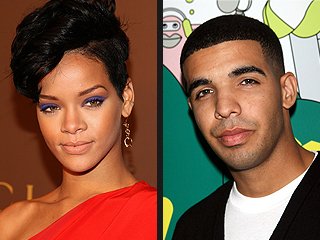 Oh wait, that might not be true because apparently she's been bunned up with DRAKE! [Who I just realized is Jimmy in the wheelchair on Degrassi! I'm late.. whatever.] They were kissin', huggin', feelin', and touchin outside of a bar the other night. Maybe that's why she was all smiles? 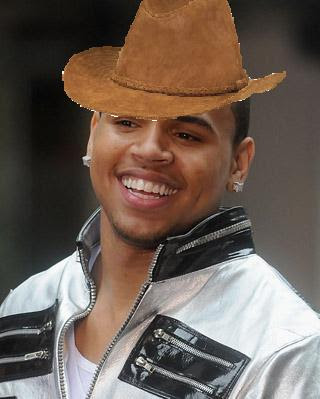 No really.... He might be. He's even got a song picked out ["Trapped in a Dream"] and someone to be on the single with him [Carrie Underwood?]!

I'm not sure how I feel about this. He's a southern boy [VA WHAT WHATTT] so maybe he likes country.. And maybe he can sing it. But I don't see the country world taking this lightly. They're going to hate on him more than anyone for what "happened." Her US tour is over, now she's gettin' ready to head over to Europe! [Where hopefully she will still do the same amount of ridiculous things.] She's in the Bahamas with her family [K-Fed not included, but the kids are] and her body is still looking GREAT!

Heidi is looking for attention... Imagine that. 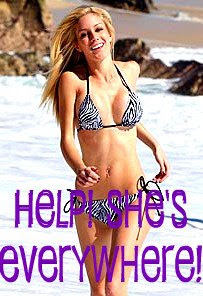 This time she's moved on to bikinis! And no, I don't necessarily mean on her... That's nothing new. She's designing them! They'll be debuted on June 1st alongside her co-designer Ashley Paige. [Just in time for the debut of "I'm a Celebrity... Get Me Outta Here!"] The runway will feature all blonde models, of course. Okay, not the actual show, but the concept. The CW is trying to come up with a show about residents in a World-Class hospital. It will follow them around, show their hardwork, drama, everything. Maybe they'll even do surgery on each other! Now THAT'D be cool!.....

Robert Pattinson's kisses are really expensive.
I don't understand the fascination with this guy. What is attractive about him? His hair constantly looks like he just got out of a really bad sex session, and I've never really heard him talk or say anything great. Why are MULTIPLE people paying $20,000 for a kiss on the cheek from him?!

They didn't even get the REAL DEAL! I mean c'mon... If you're going to pay that much, at least be the reason for his hairdo.

Whitney Port is all alone. 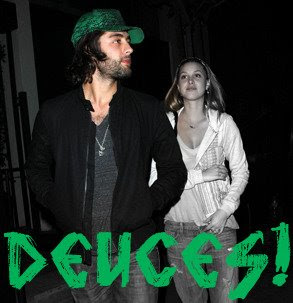 Her boyfriend Jay Lyon is peacing out on her. He said he can't handle reality TV and is quitting the show. Apparently it's that easy to break up with the girl you love. I wonder who she'll have to love next season, and if they'll be okay with it all?

On the random: Nikki McKibbin got huge.

She was my favorite from AI Season 1. Had an INCREDIBLE voice. Then she had to go to rehab with Dr. Drew, and now... Well... It's hard to believe she's even the same person, really. Yikes.


Alright, that's a lot, right?! Good stuff, too! Enjoy, and have a WONDERFUL weekend!