halloween 2018: how i made my imagine dragons costume

I. LOVE. HALLOWEEN. I know I've said this before. Every year I spend months coming up with an idea, then buying entirely too many things to make it work. I try everything on over the course of a couple weeks and am ready to go on Halloween.
Not this year. This year I came up with an idea a couple weeks ago, and started ordering things last week. It all arrive on Thursday and I put it together for the first time Saturday morning, a couple hours before my Farmoween Halloween party. The panic kicked in immediately and was very real. Nothing worked in real life like it did in my head.
I was going to be Imagine Dragons. They have been all over the radio this year and I finally got to see them in concert, so it fits my rule of something having to do with my life that year. I'd be this fun colorful dragon and then I'd have a thought bubble that was dry/erase so people could be hilarious and draw things that I'm imagining.
Problem one: I didn't know what a dragon looked like.
I did some research on the Google machine and decided it's a lizard with wings. Instead of painting an entire bodysuit like I did the past two years, I bought one. Didn't try it on, just felt good about a medium. [Note: a medium was not good. It was way too tight.] 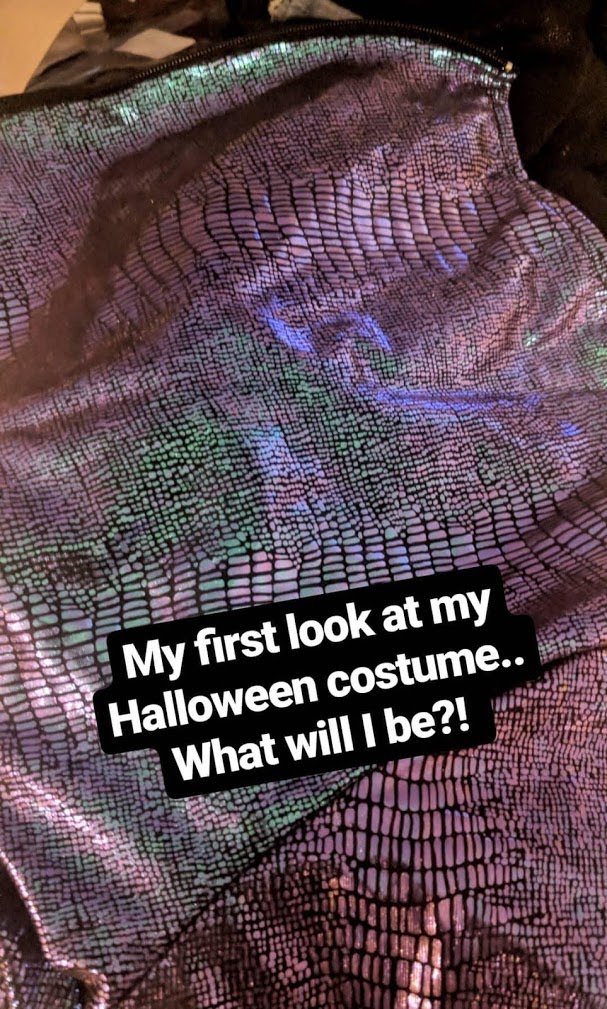 Problem two: There were zero tails that matched my bodysuit. 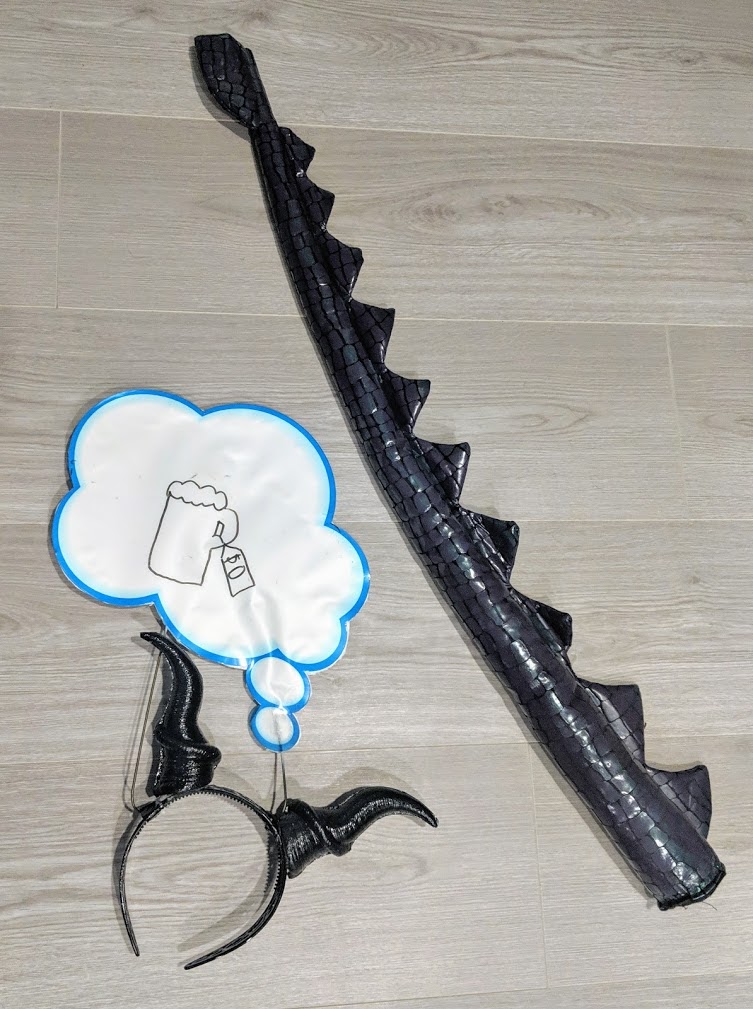 In my head, this was no issue. I'd buy any random tail and spray paint it to match. I never thought about the fact that there is no paint that is holographic like my bodysuit was. I bought a holographic green tail, and ended up painting dark purple over it. It actually worked better than I thought when I started painting.
Problem three: Getting the thought bubble on.
I had seen thought bubble headbands on Amazon, but they weren't Prime, so I ordered some random thought bubble magnet thing. It was so damn heavy. Thanks to my dad, mom, and boyfriend, we figured out how to peel off the dry/erase layer, glued that to some foam board, then glued all of it to a wire hanger that we wrapped around a very tight headband. With 3 minutes left until I had to leave, it seemed pretty sturdy. I hot glued some nice demon horns on there for extra scary dragon effect.
Problem four: How to do my make-up
Maybe this isn't a problem... this is probably the most exciting part of Halloween now. It helps me feel girly even if I look ridiculous in my costume. I found this tutorial on dragon make-up, bought a dragon scale make-up stencil [turns out that's a thing, I guess], and got to work. I just held the stencil on my face and used a contour brush to put about 5 shades of teal, purple, and blue on my face. It turned out to be much easier than I imagined, and I'm obsessed with it. 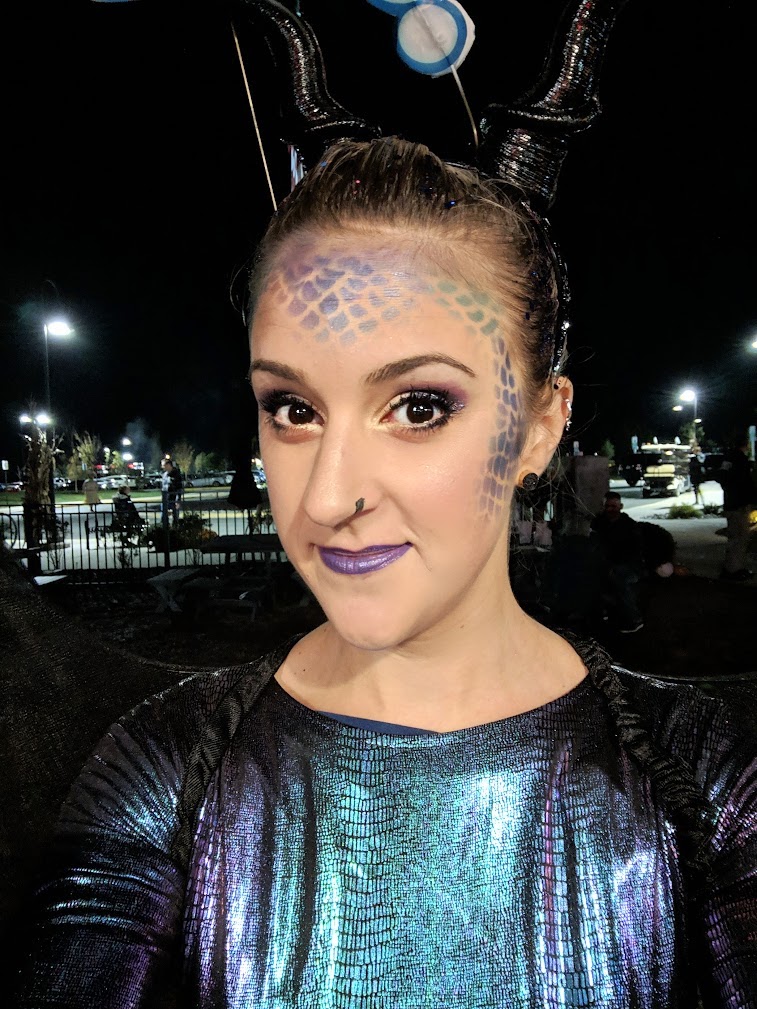 I had other problems like forgetting my wings at home and having to send the other Dragon back to get them, and my shirt constantly hanging out underneath, my other Dragon having a giant costume head that was impossible to stick the thought bubble onto, not having any good shoes, and a lack of people wanting to draw on my thought bubble, but overall- it came together and I'm good with it. Maybe not my best Halloween costume, but it'll do. 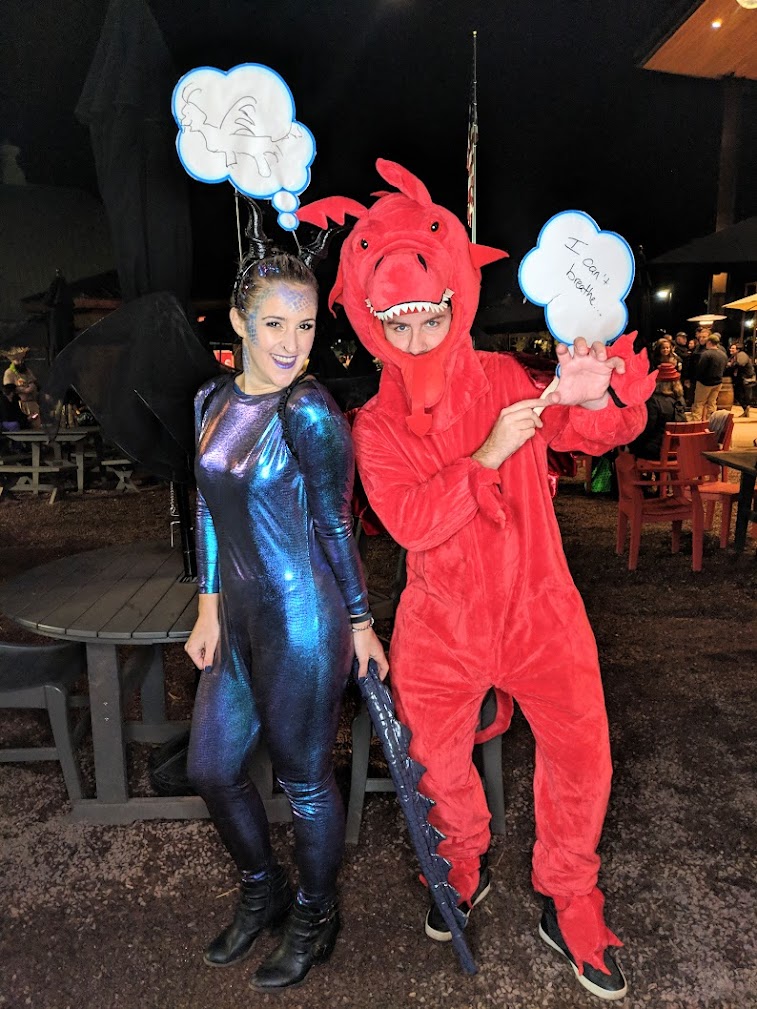 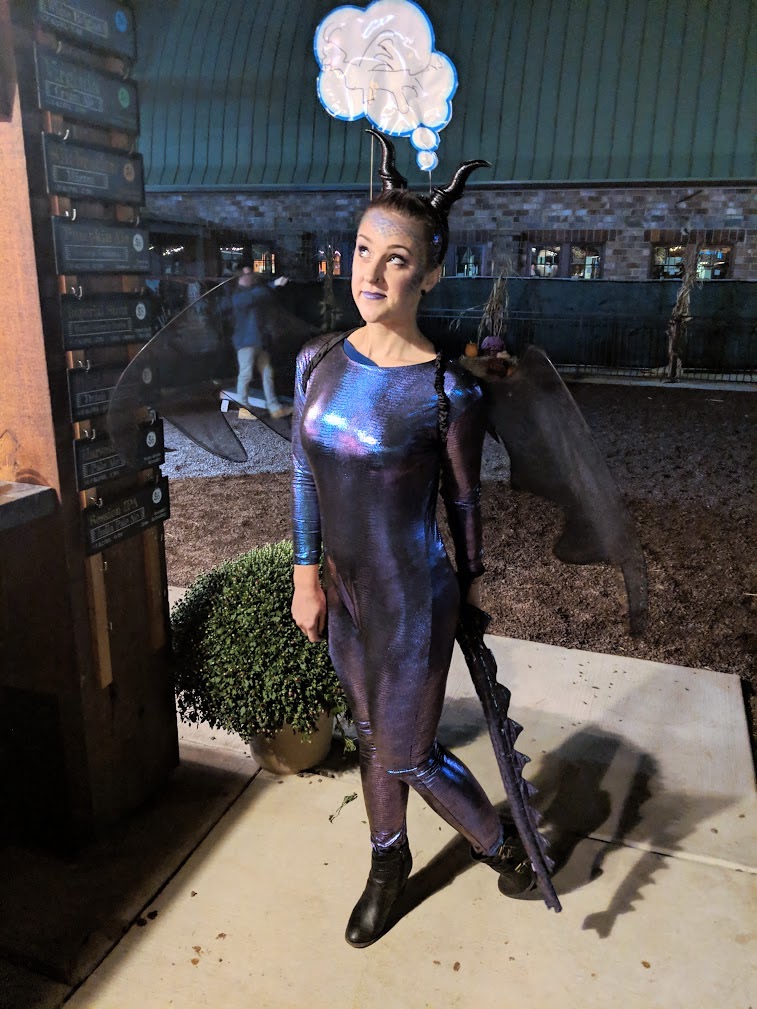