*this is going to be such a braggy post and ya know what- I deserve to brag about this so here we go, haters.*

So many people have been like "damn, you're 30..." with a scary face, but I've been looking forward to this for a few years. There have been so many boring birthdays and milestones, I've been waiting to do something epic to celebrate my existence on this earth.

[Also, this is gonna seem really morbid... but for whatever reason, from a young age, maybe 14 or 15, I have fully believed that I would not make it to 30. I've told everyone I know that, assuming it would be a helpful thing to know at my funeral. When I was walking home alone from the bar 20 minutes before turning 30, I thought "this is it. This is when it happens."]

BUT I MADE IT Y'ALL! AND WE CELEBRATED.

My birthdays are normally full of blacked out people, via bar golf, party buses, etc... this time I rented out an entire campground that slept 200 people, and had a homemade adult summer camp all weekend. I planned it all myself, starting in October of last year, with helpful ideas from everyone attending. Anyone who wanted to come pitched in $70, and checked in to CampEB.

Here's what we had: 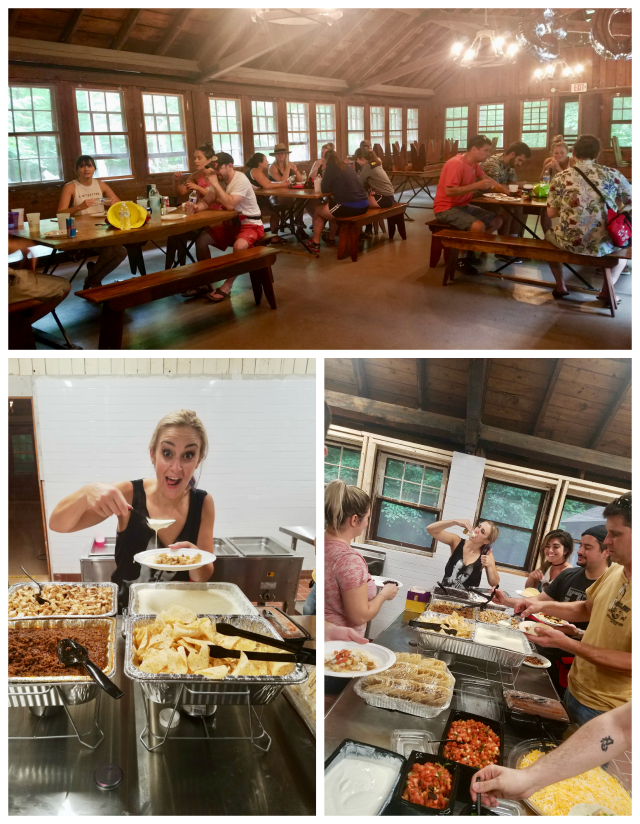 There was food. I ordered catering from Moe's and Famous Dave's for dinner, then we cooked our own basic brunches and lunches. 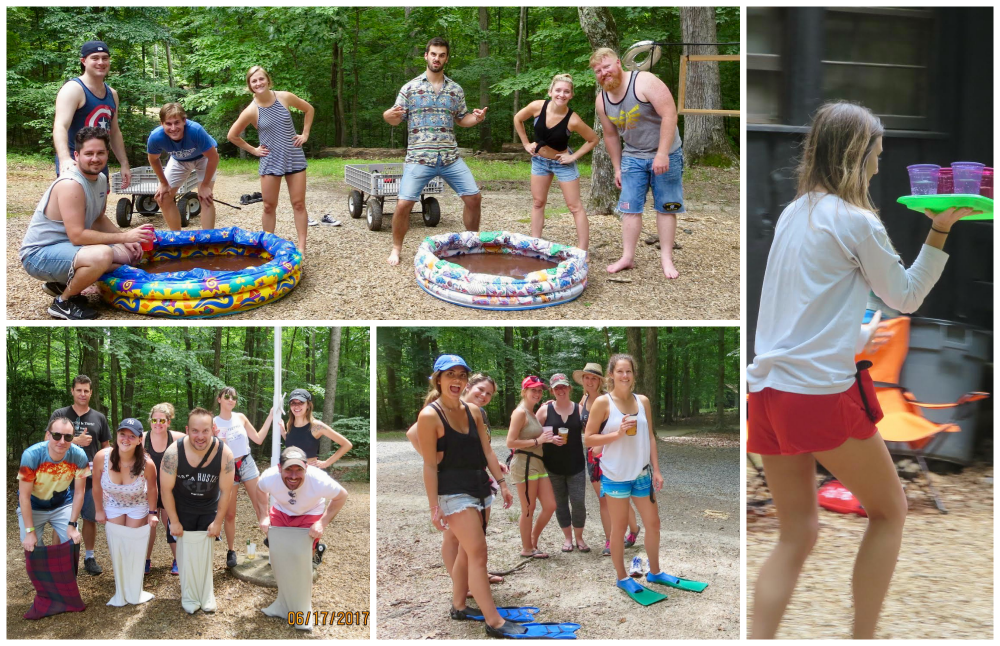 There was a relay race. Four teams of 12 competed in flipper races, sack races, Drunk Waiter, and finding paper clips in a pool of pudding. 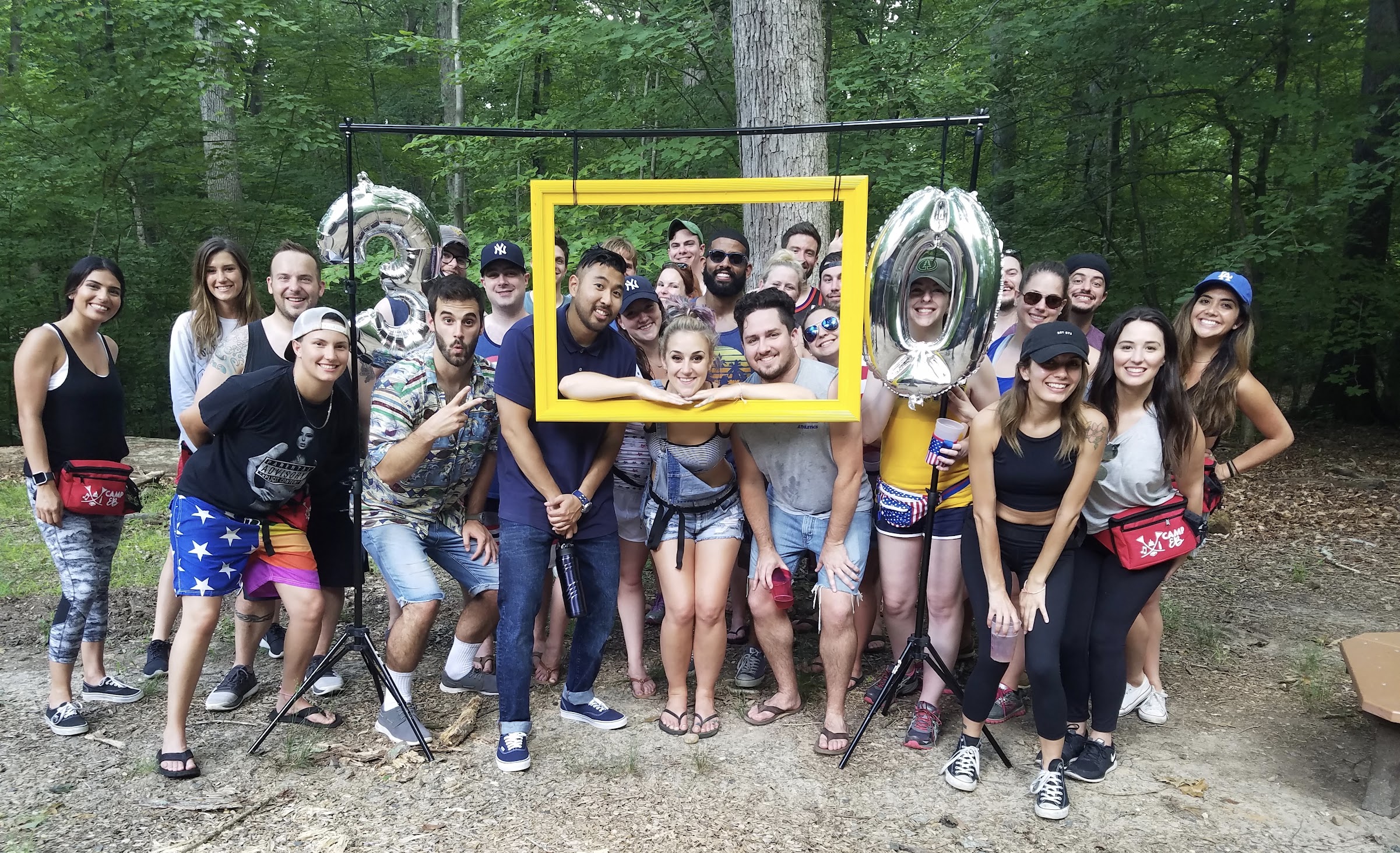 There was a "photo booth" made with balloons I ordered from China, a painted thrift store frame, and my green screen base. 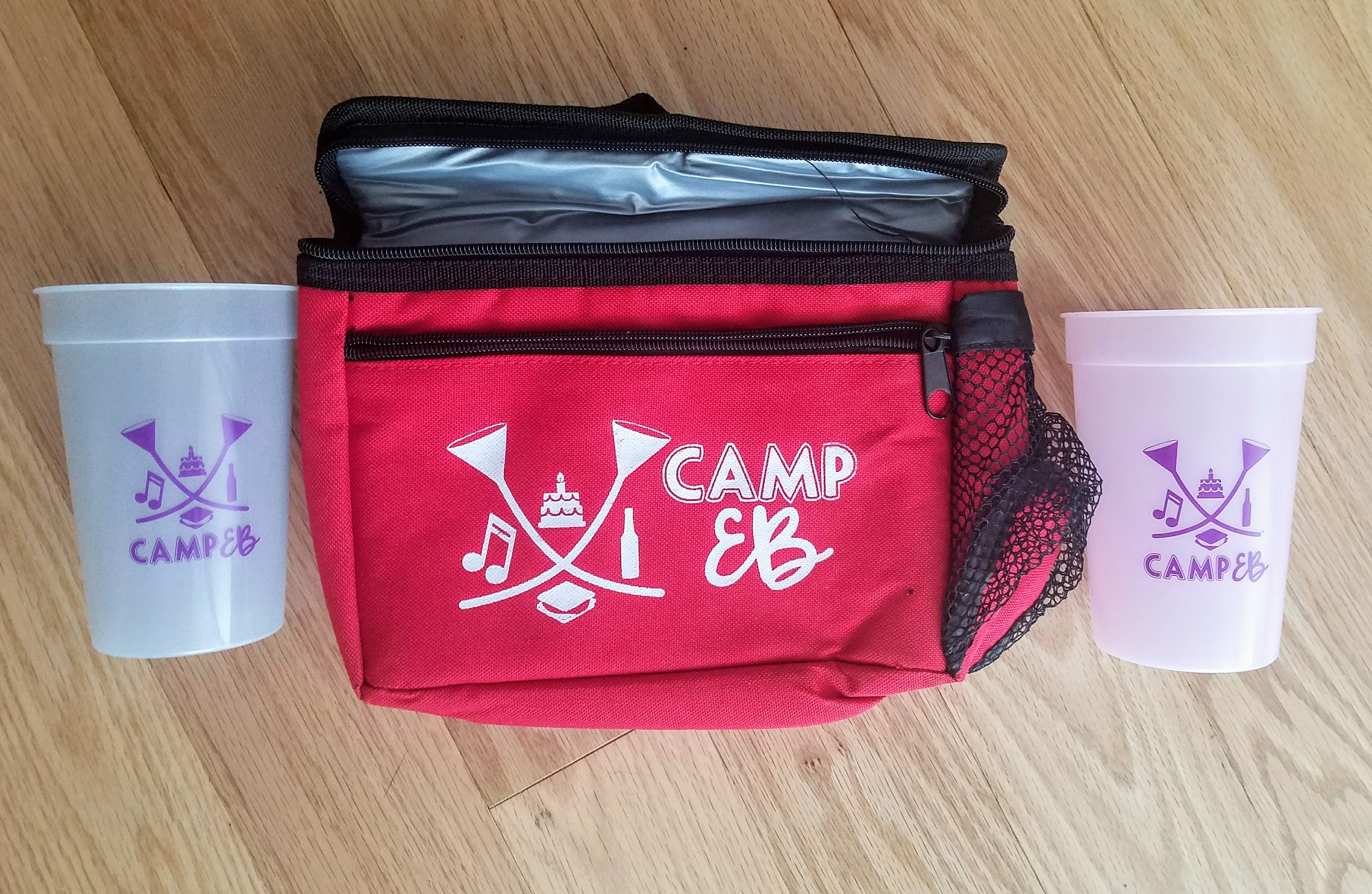 An insulated fanny pack and color changing cup for everyone at the check-in table! 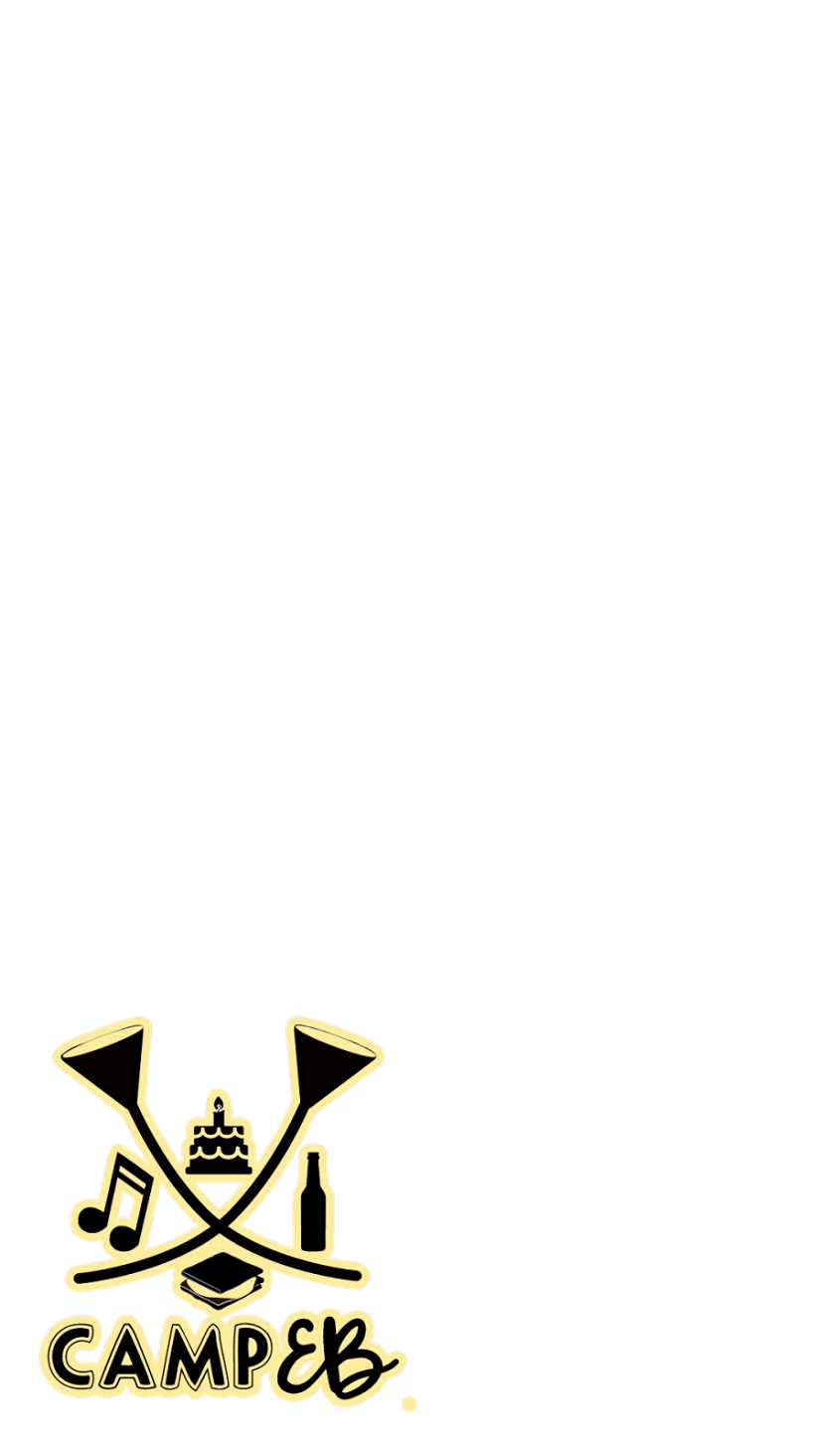 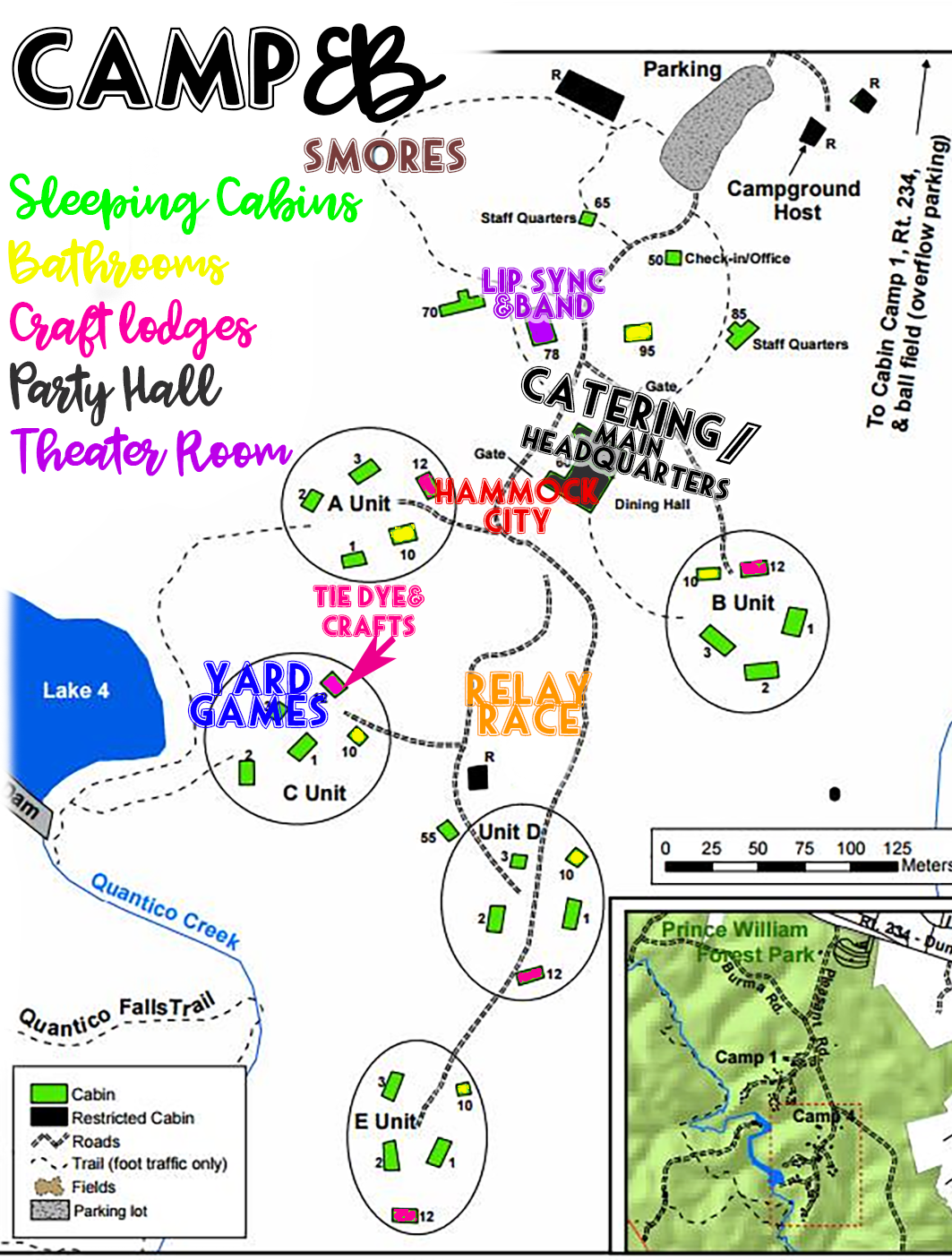 A Snapchat filter that they said was "promoting excess drinking" so it only worked for a night, and a convenient camp map.

A birthday cake that I didn't wait to eat.

A pinata I was really good at 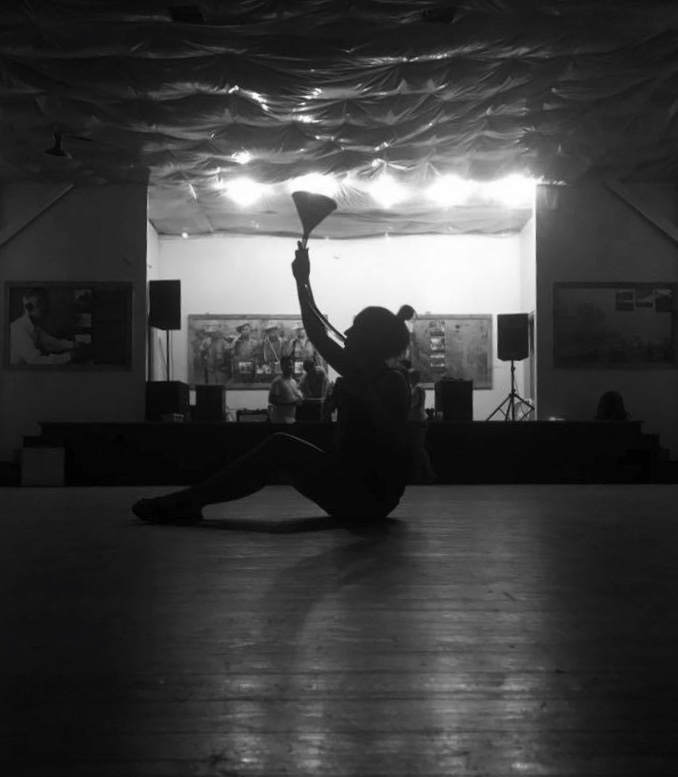 Of course, there was alcohol. We ended up going through five kegs, countless bottles of vodka, and over 500 Jello shots that my mom made.

A Lip Sync Battle, which was my favorite part of the whole thing. Watching people perform without worrying about talent is so much fun and the perfect way to boost energy and confidence. FIVE STARS, HIGHLY RECOMMEND. [We also had the FANTASTIC DJ Image on Friday night!] 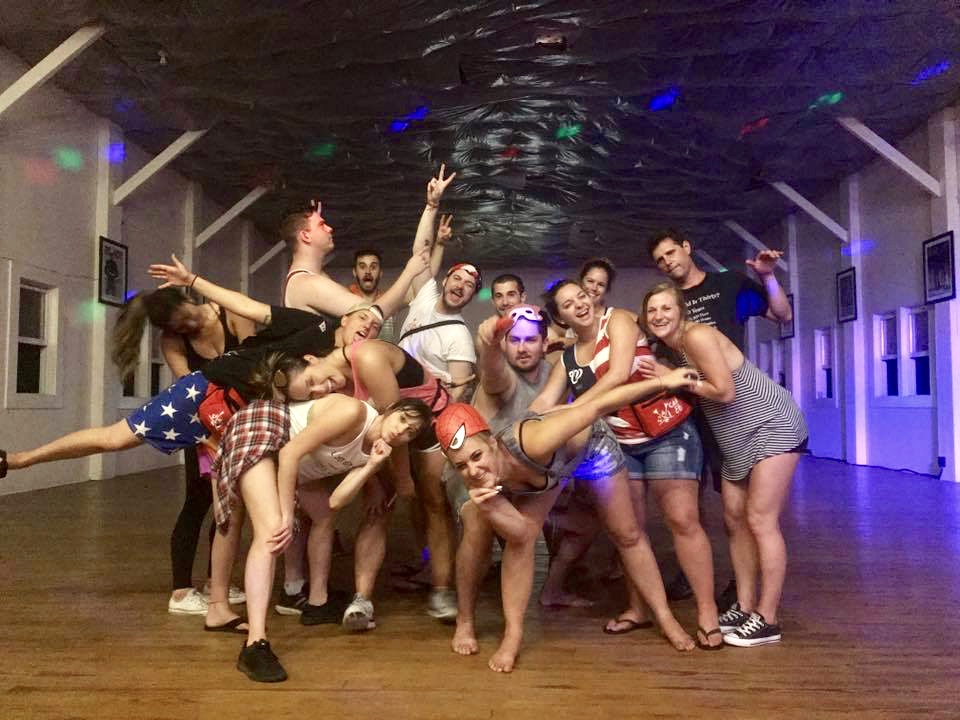 And finally, there was a final pic that perfectly captured the weekend. Not everyone made it late night, but we the few made the most of CampEB.


Okay, fine. I'll show you the video my brother made. We had set up a geofilter Snap story, and at the end of the weekend there were 45 minutes worth of snaps that he edited into this work of art, full of my best looking self:

As someone who loves the outdoors, it was my perfect weekend, only missing some sort of water activity. Some of my friends were way out of their comfort zone, others took a plane to get there, one even took a plane and a $100 Uber ride. Goodness, I'm really not deserving of all of that... which is exactly why I made it a thing that anyone would want to do, birthday or not. Now they're wanting to do it again, and we just might have to.

Also, there needs to be some sort of therapy for after events like this or weddings happen. After months of planning and the event over in what feels like minutes, it's hard to cope with! Luckily there's a chance we can do this all again. Start sucking up now if you want to be invited.

You have a genuine capacity for composing extraordinary substance. I like how you think and the way you speak to your perspectives in this article. I concur with your state of mind. Much obliged to you for sharing. wedding car rental