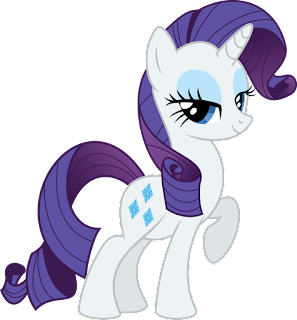 This year I decided to be Rarity, from My Little Pony. When I was searching for things with purple hair, there weren't many options, but I knew this one could be fun to play with when it came to my make-up and hair. It was.

*once again, be patient with me with my pics. I'm never prepared with a charged camera these days.*

-the bodysuit is from Amazon. I ordered it white so I could dye it the really pale periwinkle color. It's a lycra so it was tough, but with a heavy mix of purple AND blue, it worked out! Decided to go with shoes under the footies instead of worrying about hooves
-the ears are from a simple sheet of foam that I folded over a headband and hot glued at the tip for some shape
-the light up unicorn horn, or "light up dildohead," as it became, was a random lucky find from Target. I had to super glue it to a headband so it didn't always fall over.
-a tail made of cheap purple yarn, hot glued onto the bodysuit finished the outfit! 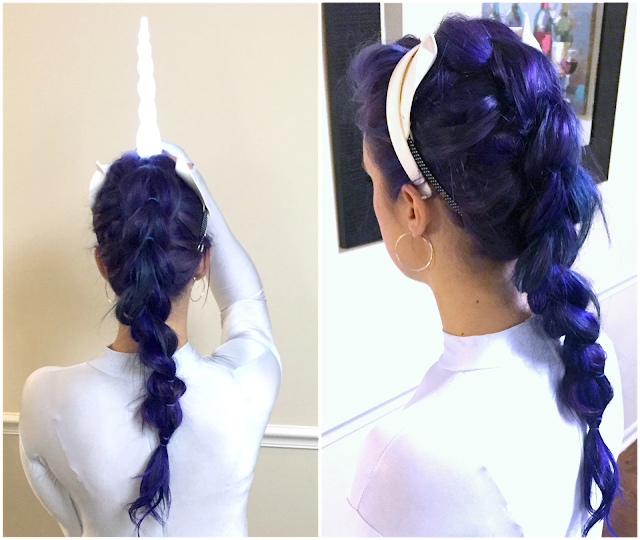 I was probably MOST excited to do the hair. I bought some good blonde extensions and had Ruby dye them to match my hair, then found this tutorial for a "pull through braid" and somehow pulled it off. It's a little sloppier than I'd like but all the layers in my cut will do that. I also did it without a mirror, so, there's that. 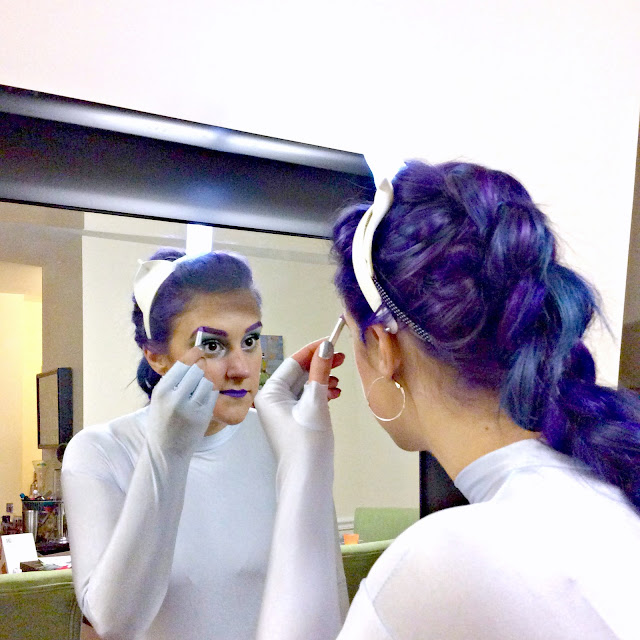 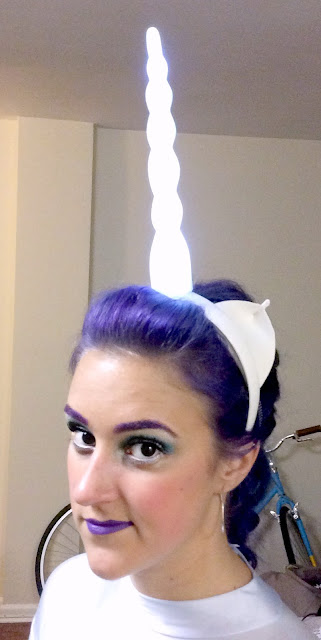 -purple eyebrows thanks to some Halloween make-up from the Spirit store
-NYX lip butter purple lipstick stayed on all night, even with the drinking
-Urban Decay was all over my eyes. I used a white pencil underneath to try and make them look bigger, and a bright blue and white on my eyelids.

Also, my parents are pretty great at Halloween. I mean, JUST LOOK AT THEM RIGHT NOW. 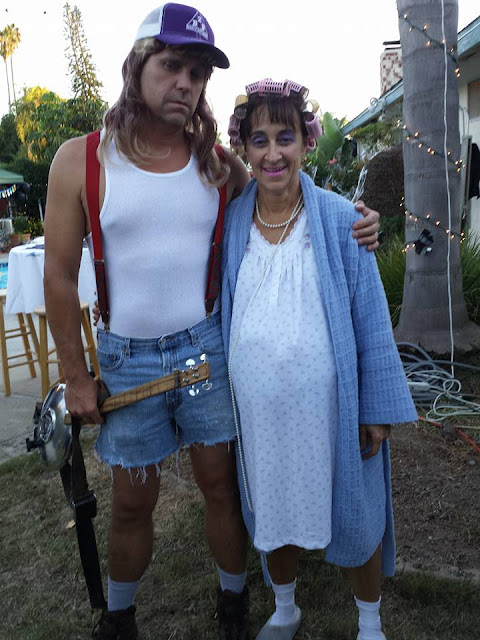 So here's to another successful year of being something else for a night! Send me your costumes, I'll throw up a post of them later!

Like you, I kind of have a rep to protect when it comes to my crazy-authentic Halloween costumes. Year before last, I was Wolverine, complete with real leathers, mutton-chop sideburns, and machined aluminum claws! This year, as it was 2015, I just HAD to do Marty McFly! So to get into character, I actually travelled back in time to nineteen--uh... *ahem*. Well I've said too much. :/