I'll never understand how someone could love canned tuna, but "hate seafood." To me, canned tuna is the fishiest of fishy, but to each his own.

When dealing with such people on a daily basis, you gotta get creative if you want some of the salty seas in your mouth. [hehe]

I found this recipe for tuna cakes and had to try them. 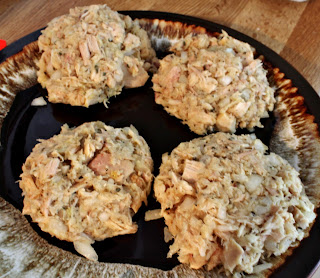 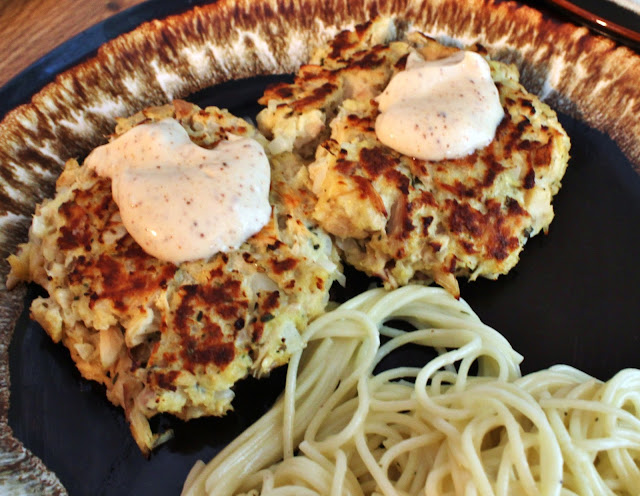 Flipping them over in the pan was a lot harder than I anticipated and was a pain in the ass, but they were definitely really good. I also made a bunch of extra mayo to put on all sorts of other things.

It's almost like you're eating crab cakes.... but you're totally not. And they're almost as good, but equally impressive.