Even with Sandy approaching on Saturday, I was ready to kick it into Halloween gear. We had bought tickets for a pub crawl on Groupon, and it was time to use them!

Plus, I really wanna show off my costume ASAP.

If you watch Breaking Bad, you're probably going to love this. If you don't, you're going to think I'm a crazy drug addict. Whatevs.

Lots of people were Heisenberg, Jesse Pinkman, Mr White, etc.... but how many people actually dressed as their blue crystal meth?! This girl did. 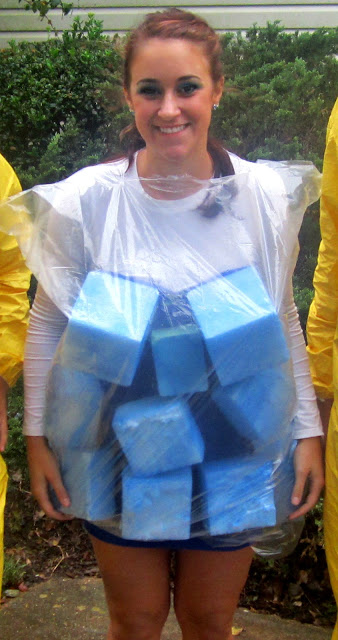 Of course, I had my drug makers: 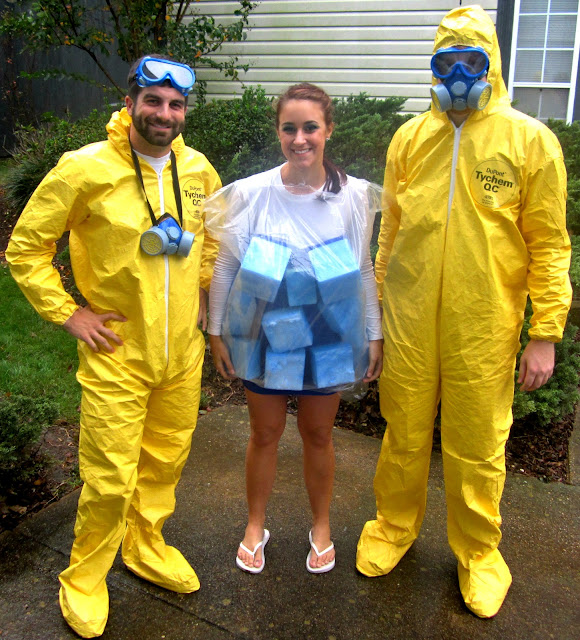 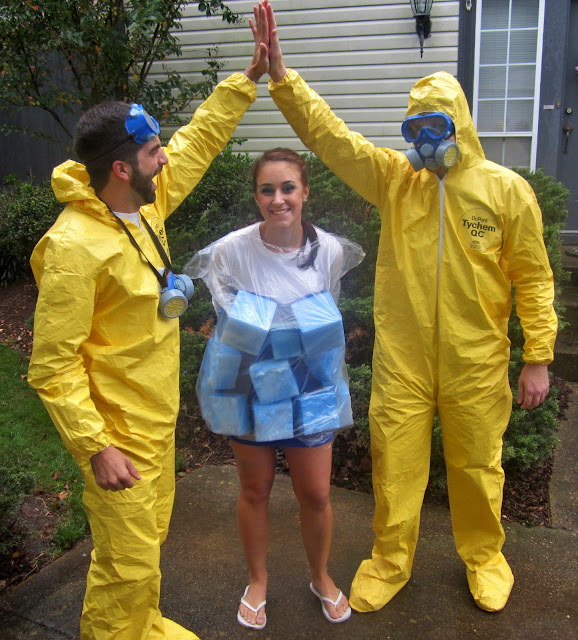 High five to making me?! That just got awkward.

To be honest, my costume didn't come out nearly as good as I hoped/imagined in my head... and it also didn't stay in my budget. 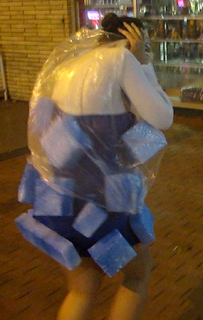 I got the blue dress for $10, but had to buy a bunch of styrofoam which is a lot more expensive than I imagined. Each cube was $2.50-3.00 depending on where I bought them, and they didn't cover nearly as much space as I originally planned out. Also, some styrofoam cubes disintegrate when spray painted.

Anyway, I spray painted all of the cubes, cut them in half, and made some other smaller pieces out of other blocks I got. Some were pinned on [pins attached to the cubes with hot glue], and others were just straight up hot glued onto the dress once it was on my person. A clear, large trash bag was put on top to be the baggy, obvi.

I really wanted way more cubes/styrofoam on the dress, with virtually no dress showing, but it was uncomfortable and actually pretty heavy already. Sitting in the cab or at the bar was virtually impossible unless I wanted to hike up my dress so high my Britney showed.

Back to the fun- During our bar crawl, we ran into Los Pollos Hermano! I mean, he had never heard of the show before, but when we explained it, he was all about that being his official costume. 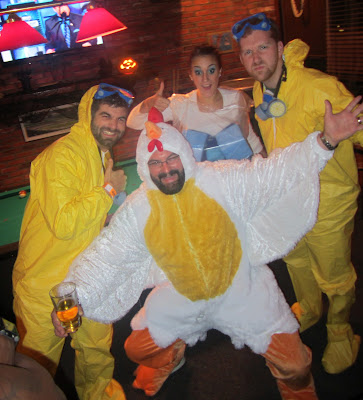 I'd like to think I'm the only one who was clever enough to dress as the meth, and not just hand it out, but I'm not. @ohyayitsholly on instagram did it, too... but she just had tiny little pieces all over a body suit. Her make-up trumped me, though. 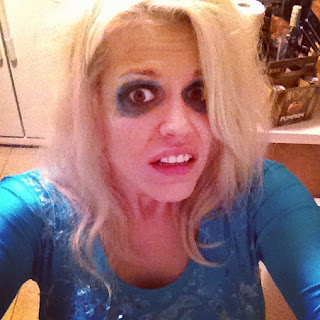 After my Twitter bird costume just started to go viral, you better believe I'm gonna try and make the world see these, too. If you're a Breaking Bad fan, I'd love your help!

In the meantime, send me pictures of YOUR costumes on Facebook, Twitter, instagram [@luvelizabethany], or email! I'll do my annual Halloween on the Internet round-up on Thursday!