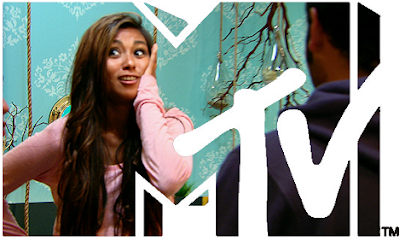 This week's episode featured her and her ex Dylan trying to figure out what their relationship, but more importantly- figuring out where his bike had disappeared to!

We covered all the bases on that topic- Where they stand now, how he really reacted to the beyond-amazing prank, and why it was so hard for her to watch 8 times.

Because she's so mature but also fun, I had to bring up Zach and Ashley. [Yes, they really aggravate me that much, even though they're not shown a whole lot.] Apparently Zach went on the show for the opportunity to be on TV, but admits he's "not a social person, doesn't meet new friends, and doesn't open up to people." Cool. She said her opinion of them has changed since they all left the house!

Also- find out who she said she'd make the best lesbian pair with and the ultimate question: If her and Sam hook up.

There isn't a new episode of Real World next week, nor will I have a new podcast, but the following week I'll be talking to Frank, so send me any questions, comments, or concerns!

Thanks, as always, for listening/supporting!