on the racks: britney spears does harpers bazaar

With the "Femme Fatale" tour about to kick off, Harper's Bazaar's cover is saying what we all have been for a few months: Britney is back. 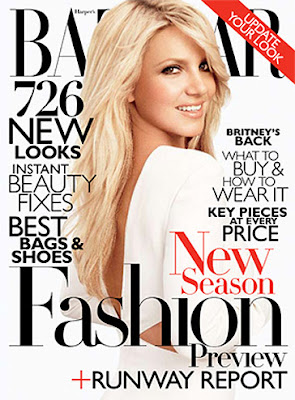 For some reason, they have her dressed up fancy at a skate park. No explanation, and I certainly don't get it, but maybe I've been slacking on my B.Spears facts. 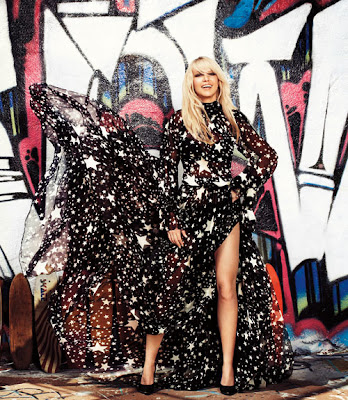 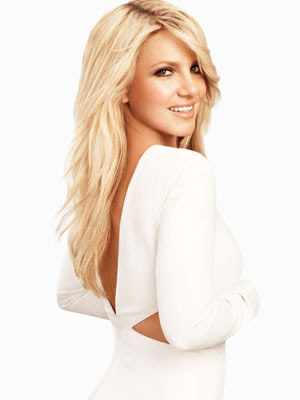 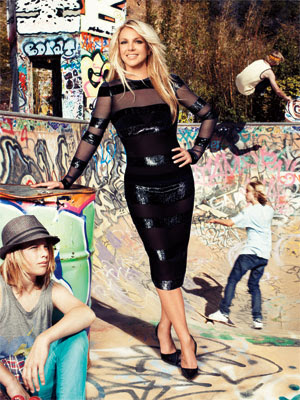 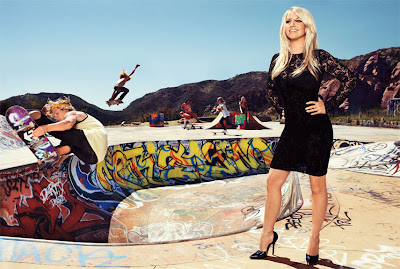 Either way, she looks great. I still sense that something missing in her eyes, but shes a million times better than she was a year or two ago.

It's the same type of interview that she's been giving to all the press outlets: Seemingly through email...

I love to dance, so it's very exciting. The tour rehearsals have been going really well. I think it will be my best show yet.

What makes her laugh uncontrollably:

BS: Usually when people trip or fall or run into something. Not to be mean, but I can't help it. If they really hurt themselves, then I feel bad, but if they accidentally do it and they stand up and act cool like nobody saw them, I have to laugh.

I think he's adorable. I just saw his movie, and I really didn't realize how big he was. He's enormous; he's just Mr. Man. A lot of the movie is really similar to what I did when I was starting out. I did a promo tour for a year, going into radio stations and all that. It was so cool to see our similarities.

[Pause. She didn't know how big he was?! Shouldn't she be paying attention to the big pop songs on the charts and the people ruling them?]

She also talked about her best and worst fashion moments ever, and what she thinks about Lady Gaga.