It's been SO LONG since I've done a celebrity lookalikes post, but they get harder as time goes on, especially if people I'm meeting don't look like celebs!

I was stalking an old friend on Facebook and realized that he's the spitting image of an epic 90s celeb who has made his way back onto the scene via reality shows! 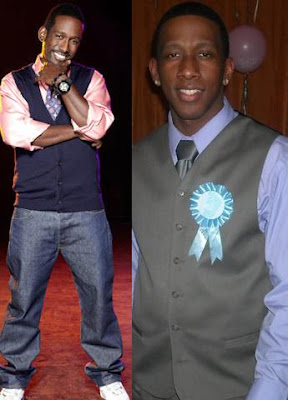 I wish I had a good picture of my friend with a hat on, because it just seals the deal, but even that is pretty dead on.
Also, a lot of people have said that my coworker Frito resembles a bald Aaron Rodgers. If you can look past the whole hair thing, they really do look alike! 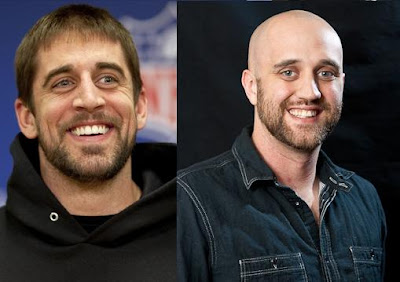 I think this is a no brainer, but as usual, you need to be the judge! Do these guys look like their doppelgangers, or what?!

Remember- If you think you look like someone, feel free to email me with a picture!! I'd love to post these more often!