on the racks: vogue shows the real rihanna

Maybe it's because I don't normally read much, and prefer to just look at the pictures, but I always thought Vogue was all about the fashion and that's it.
That's not the case with next month's issue, featuring Rihanna on the cover. 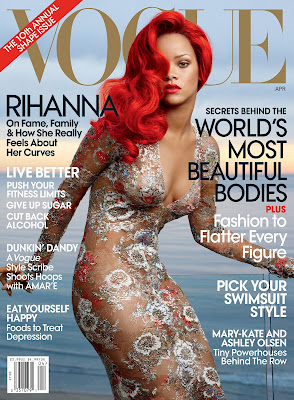 Yes, she looks beautiful and her pictures are fantastic to look at.... 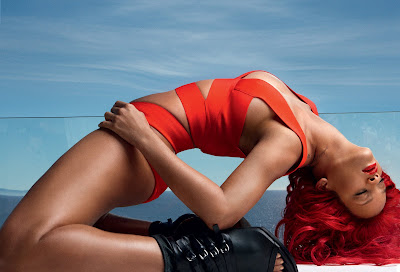 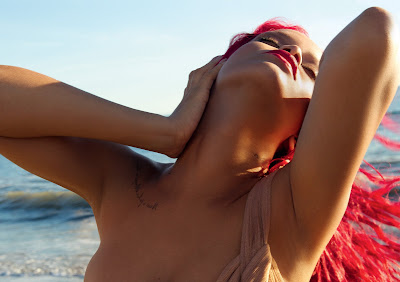 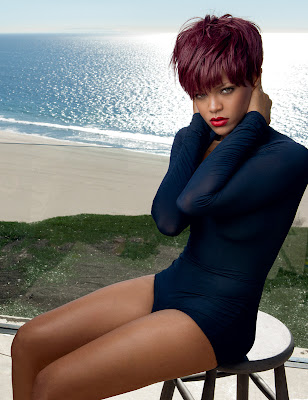 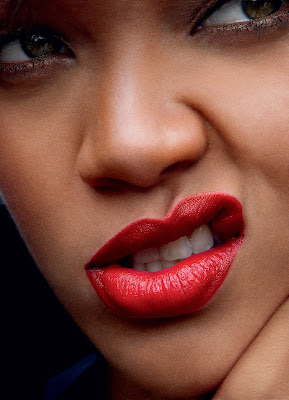 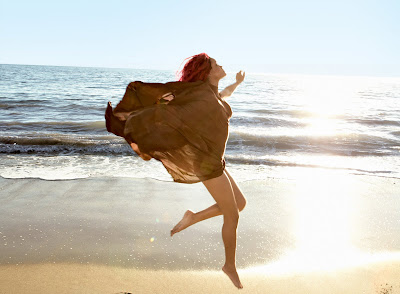 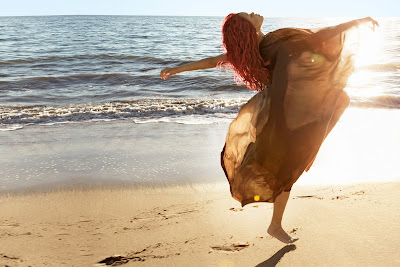 ...but the article is awesome. They hung out with Rihanna at a basketball game and told stories of how she was laid back and trying to make sure everyone had a good time. Apparently she's also a big fan of the people watching.

I always assumed celebs never had the time to sit around and watch people like that, but maybe that's why they all go to basketball games!

Also, they say even though she puts on the super sexy vibe, there's a lot more to her in person, which is what I've always heard from anyone who's met her! The director of her upcoming movie "Battleship" said this:

"When you meet her, there’s absolutely no resemblance to the sexy superdiva that you see in the videos. It’s a complete act, in my opinion. I am not saying she’s not a very sexy girl, but there’s so much more to her than that. She is clearly playing around with a character.”

And as for what she says about herself, it's great to have someone else saying it's okay to have some sexy curves. I know we all know it by now and have heard it a million times, but it's good to know celebs don't feel the pressure to be toothpick-thin.

"Over the holidays, and even during filming, I realized that I actually like my body, even if it’s not perfect according to the book. I just feel sexy. For the first time, I don’t want to get rid of the curves. I just want to tone it up. My body is comfortable, and it’s not unhealthy, so I’m going to rock with it.”

When I was fourteen and first started going out, I always wanted to be the opposite of everyone else,” she says. “So I would go to the club in a polo T-shirt and pants and sneakers and a hat on backward, just so I would not be dressed like other girls.

I've always loved her, but this article really sells her to anyone who may have doubt, and that's awesome.