justin bieber's "never say never"- my thoughts that you should read 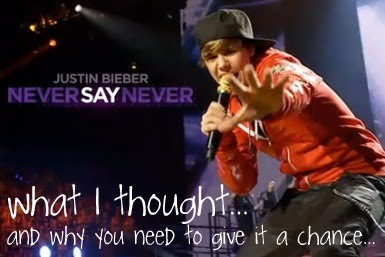 Before I completely lose you, please give this review a minute of your time. Yes, I'm going to tell you to see this movie that is now one of my favorites ever, but even if you "hate" the Biebs, I have valid reasons.

When Justin first came onto the scene, it was ingrained into my head by fellow radio people that he was cocky, a terrible interview, and a waste of time. I too hated the Biebs and refused to get the fever. Eventually, yes, he began to grow on me, but even before the movie, I was iffy. I didn't know if I believed he'd be around for a while, and I definitely thought he was probably a little too swaggerific for his own good.

"Never Say Never" is a documentary about a kid who had huge dreams, and with confidence, YouTube, a supportive mom, and a little luck- he made them come true... beyond what he or the world ever thought was possible. 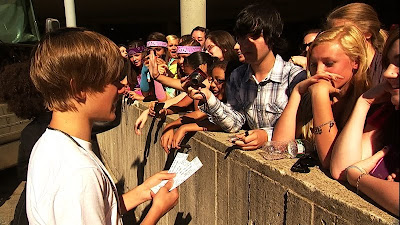 Four years ago this was his first YouTube video: 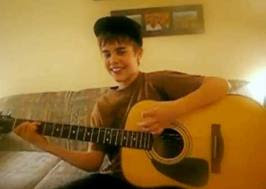 He was TWO YEARS OLD when he started drumming, playing the guitar and singing. TWO!!! Now he sings, drums, plays guitar, plays piano, dances, and raps... at a well above average skill level, even for adults. You can't even begin to try and tell me he's not talented or doesn't deserve the life he does.

Check out this drumming video from 3 years ago:

Most importantly what I learned from this movie: Justin Bieber won't be going anywhere any time soon not only because of his talent, but because of his attitude 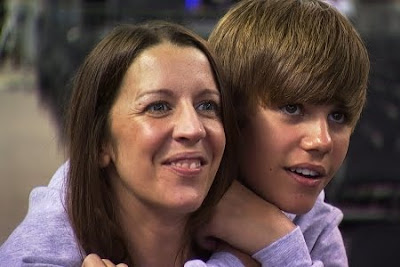 and the people surrounding him. They proved that he's had this confidence his whole life, it's not "cocky," and he has a fantastic team that will not let him become the next teen-failure. He lives a teen life and has a naturally born talent... Not something Miley can say. [Sidenote: Big Daddy Kev has an awesome point about the two on stage together.]

The movie takes you through tons of home videos from his whole life, and focuses on the 10 days before his incredible Madison Square Garden show that sold out in 22 minutes and brought a plethora of celebs to not only join him on stage, but see the show. 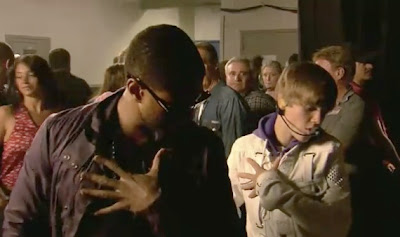 I don't want to give everything away, even though I want to tell you everything. This movie should be added to the "you-have-to-see-this" list. It should be taught in schools. If nothing else, everyone who has ever had a dream or heard the word "Bieber," should see this documentary at some point. It will open your eyes to a whole new world of things, even beyond the Bieber Fever.

It made me laugh [at the girls constantly crying because of him], cry [they showed his dad see a show for the first time] and shake my head for the entire movie. The things that have happened to him in such a short amount of time are incredible. Inspirational. and yes, make me a little jealous, but if I'm going to hate someone- I better have a reason besides jealousy.

PS: I'm totally wearing white and purple today because THAT'S how much I loved this movie.

Posted by elizabethany at 11:18 AM

I agree with you! I'm not a Bieber fan, but I'm a fan of this movie for sure. It was so endearing and sweet and fascinating. I really loved his relationship with his mom! So, so cute.