i spy: a variety of interesting people at ziegfest 2010 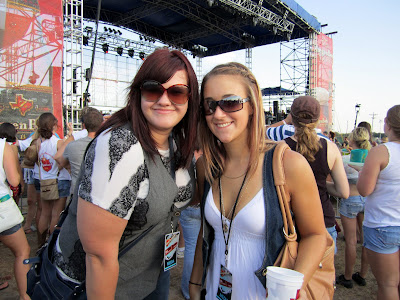 passes [AKA BACKSTAGE! Holla!] with Emo Sarah. I gotta admit, though... As great of a show as Jack Ingram, Kevin Fowler, The Eli Young Band, and Blue October put on, it was the people in the crowd that had me ROLLIN'.

First of all- What is it about country concerts that makes old people grind on each other like they've never had sex before?! 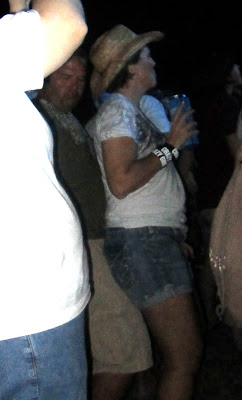 
And I understand that if there's ever going to be an awesome place to drink all day and have the time of your life, it's going to be at an all-day music festival... but why do people have to be so hammered drunk that they purposely try to get into fights?!

Homeboy was all up in this guy's grill, wouldn't leave him alone, got told to back up, and then he literally started dancing on the guy, waving his arms in his face, and staring at him, licking his lips. [The lips thing was rather disturbing, to be honest.]

I pulled out my camera and immediately started taping, knowing a fight was looming.... but then someone saw me taping and came and pulled him away. Lame.


I think overall the best part is watching people just have a freakin' blast. So many people were clearly having their time of their lives, just like lil spaghetti strap wearin' Granny and typical drunk in his own world. 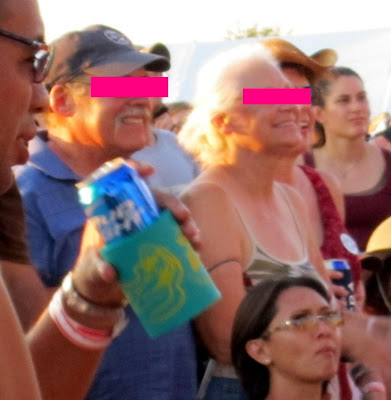 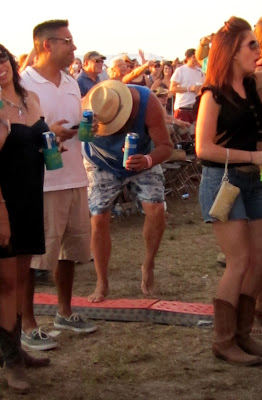 Something else happened that I could not even attempt to capture on video or picture- The guitarist from Eli Young Band kept looking right at me, throwing me guitar picks. Seriously, I'm not making it up. He did it a bunch of times. Finally, one hit my stomach, but I couldn't see it. A little girl in front of me found it, tried to hand it to me, and before I could say "don't worry about it girl, you keep it," her mom straight SNATCHED IT OUT OF MY HANDS and yelled at the girl! I can't make this up. That really happened. And I was left stunned. Still am, to be honest. 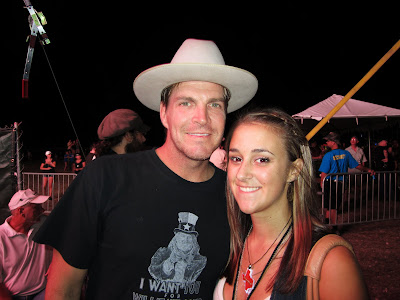 It was a really awesome show, they broadcast live to the troops in Afghanistan which gave me chills, and I got to meet Jack Ingram who was really cool and really connected with the audience.

Here's some more pictures, just because I know you're interested:

Thank you Sarah for taking me as your date. Thank you BCS for once again providing me with excellent entertainment beyond the stage.