i spy: a couple that needs a room

Tweet I can't decide if this whole segment or whatever you want to call it on a blog should be called "I Spy" or "Don't be caught doing this" or "Where are your friends?!"

Again I went out to the same bar as the last time I saw a hoe-bag with no clothes on, and I was definitely not let down.

This couple, who probably just met, decided have quite the rendezvous in the middle of the dance floor... and they didn't stop. 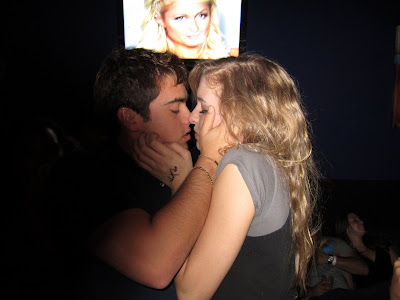 Not for a flash. 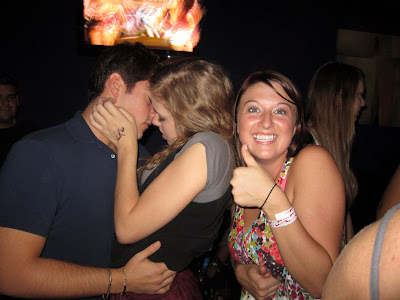 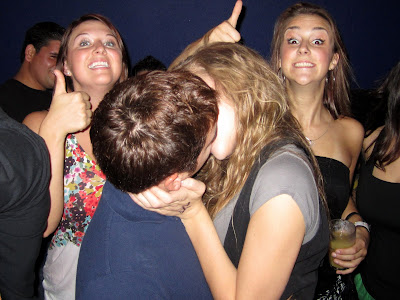 Not for random people posing with them.
Not for 10+ flashes. Not even 10 minutes after that.

People get drunk and make out. I know that. It's not exactly an unknown habit of mine... But there's making out, and there's having tongue sex... For entirely too long.

Where were their friends?! Why in the H did no one EVER stop them?! They'd make out, hold each other, stare into their eyes, and keep going as if they were on some love movie that would never end.

I'm not even going to bother blurring their faces out in this one. They need to learn a freakin' lesson- Don't be THAT couple... or at least move over to the wall. Kthanks.