exclusive interview: adam mckay of "the virginity hit" and funny or die!

Tweet He's the co-founder of Funny or Die, writer and director of Anchorman, Talladega Nights, and Step Brothers, the father of "Pearl," and Will Ferrell's bestie. 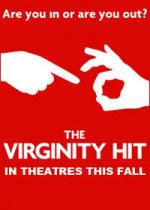 And now he's the producer of a bound-to-be-hilarious new movie called "The Virginity Hit."

The movie looks effing hilarious and I can't wait to watch it! We're going to be giving away a theater full of free tickets! But to get you as pumped as I am, I talked to him about the movie, the moment that he lost his virginity, and who they want on Funny or Die.

PS: Check out the trailer for the movie!

Posted by elizabethany at 3:39 PM