beyond the real world new orleans cameras: ashlee and eric speak out 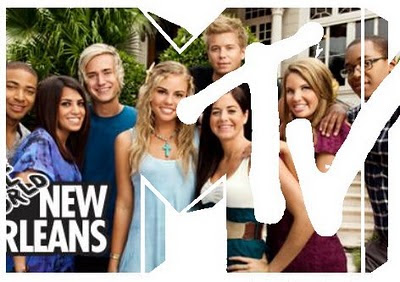 Tweet The Real World: New Orleans may be over [after Wednesday's The Sh!t They Shoulda Shown], but some of the roommates still have quite a bit to say.

During the Reunion, Eric was called a creeper, Ashlee was declared the drama queen, the pill thief was never determined, Sahar was a bitch calling out everyone, and the "consistent" relationship of Jemmye and Knight was revealed.

I think the show left me with a lot more questions than sighs of relief, so I called the two that seemed to have steam that needed to be let out.

Because it's probably the most answer-filled podcast I've done, I'll sum it up for ya... but make sure you listen to their words, of course. The length is worth it.

Eric may have been in the background of the show, but he's not quiet. He also doesn't hold back on his thoughts. Does he talk to his roommates anymore? Nope. Does he give a S about the way it turned out? Nope. He's speaking his [colorful] mind and doin' his thing. And if you think Sahar might have been right about him being a creeper, maybe you should ask her why they kissed on multiple occasions.

Sure, Ashlee was called the drama queen... but she doesn't care. She kept it real with her roommates and still does, even though they've turned into different people now that they're outside of the house and away from the cameras. The friend and brother she thought she could trust in the house turned out not to be so trustworthy.

Did you know there was a roommate who pulled "The Erika" and threatened to leave the house on multiple occasions? No, not Ryan. Someone else. The same someone who is in DC, happily in love with a boy who's "not as bad as he seemed."

Okay... Maybe that was more of a tease than a summary... Listen on-

I still want to get Preston on one more time, so maybe I can find someone to pair him up with over the phone... We shall see.

Stay tuned, and as always- thanks for your support and thanks to Eric and Ashlee! It's about damn time I got that fellow Mountaineer/NoVA guy on here.

Also- remember to subscribe on iTunes! I know I slacked on podcasts this season, but Cut Throat is coming up!!! *hinthint*