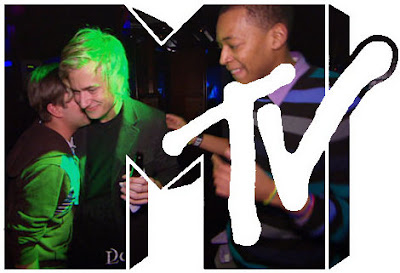 YAY! It's that time for another Real World New Orleans podcast! I've been trying to correspond with Preston, and we finally made it happen! ...Just in time for World War 5 to go down tomorrow night.

You know he's been fighting with Ryan since day one, but he's also been [in my opinion] the funniest guy on the show. After showing his support for me during the MTV TJ competition and joining a few chats, I finally got to podcast with character known as Preston.

What revenge has he taken on other people he's fought with? Have him and Ryan gotten over their differences? What does he think about the other roommates? Find out everything below!

The coolest/weirdest thing about talking to him was that he sounded just like Andrew from RWDC. Their reactions and responses were nearly identical at times. Obviously they're nothing alike on the show, but it make the conversation very comfortable.

Thanks again to Preston! Can't wait to talk to him again soon! Hopefully he'll pop in tomorrow night for the live chat during the episode... Which is sure to be crazy.

PS: Feel free to download the podcast! Also: I created the new channel strictly for Real World podcasts from here on out. Within a few hours it should be accessible on iTunes, so subscribe! :)
Posted by elizabethany at 5:23 PM