What. A. Weekend. You know I went to NYC for the MTV TJ finale, but what you don't know is what all went down. There are tons of pictures and more on EB IRL, but I'll share a quick bit of behind-the-scenes info of the show with you here. 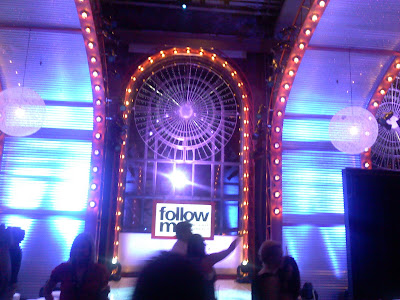 The set of the finale was absolutely incredible. It was a "winter wonderland" of sparkles, as one of the X TJ's said. We walked in to check it out, met Sway, our casting director, publicist, and more, then did an interview with Mashable. We felt special again, to say the least.

They sat us right in front of the stage so we'd be able to experience this with the top 5 as much as possible and I couldn't thank them enough for that. I was flashing "I love you" signs to the five of them throughout the show and constantly yelling to them. I guess I was trying to be the sideline cheerleader or something.

My super-awesome seat came with a cost, though. I had to squeeze and share with Kayki while a ca 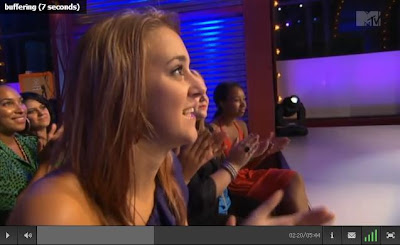 meraman sat right next to us. Plus side: I got a close-up on TV! Make that 6? times I've been on MTV! WOOHOO!

As a former TV news person, I constantly had to read my lines out loud to perfect them, but I always felt weird. Finally, Mr. Cool Guy Sway started practicing his over and over again. It made me feel normal. Then again, he also nailed everything when the show went live. Sometimes my tongue gets jumbled. 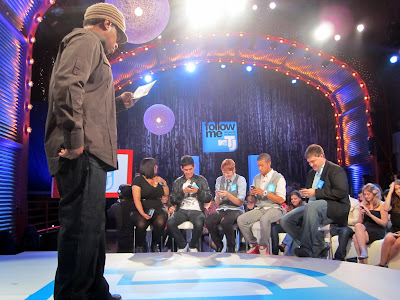 nced. They accidentally flashed the results and he saw them, immediately hiding his face. I can't even imagine the feeling he had going through him. Luckily no one else had to find out that way.

Gabi was crowned the first ever TJ as her gorgeous, identical family joined her on stage. I'm SO excited for her! She's going from having no bed to a $100,000 salary. I don't see her forgetting where she came from or having a big head. She's an amazing person and she'll do great interacting with everyone. 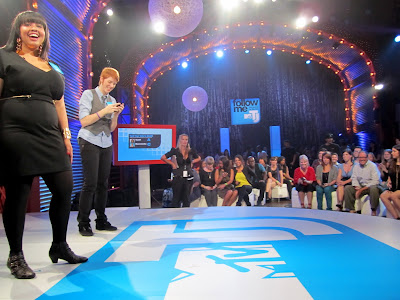 X and Dannielle were both awesome, too. I had NO idea how funny Dannielle was, but she had me rollin'. X was the most cool, calm, collected person there. He was introduced first and he was jumpin up and down like he was about to enter the ring. I'm envious of his confidence for sure.

Within ten minutes of the show ending, the five were upstairs doing press interviews, we were being shoved out the door, and half the set was gone. It's pretty incredible how quickly they can tear so much stuff down.

It was also like a cliche analogy to how quick this all came to an end. Or started and happened, even. It was exactly two months from my first call to the top 5 announcement, and it's only been two weeks since then. It's been a very fast blur.

Again, thank you to everyone who helped me do everything I did this summer. I can't say it enough, but I'll stop hassling you about it now.