because you want to know: american idol top 12 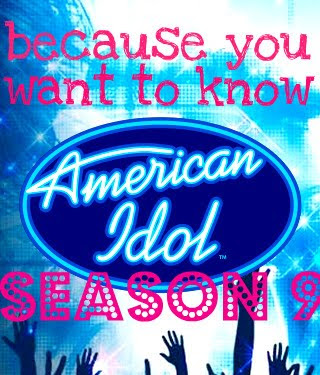 If you haven't been following this blog since last year, you may not know one of the things I like to do: Talk about American Idol.

Each week I put up a post about the week, who I think will go home and/or who did go home and why I care. Because I care, I know you do too.

First of all, I think it's important to tell you that with this crazy schedule of mine and them having three episodes a week so far, I've officially missed my first ever episode of Idol... and then some. I'm not the pro I normally am at this point in the game, but I can assure you, I will be. 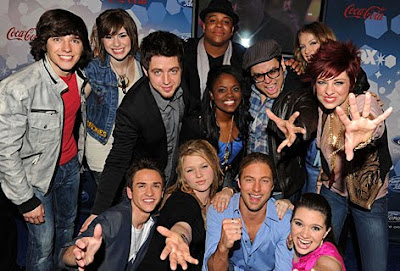 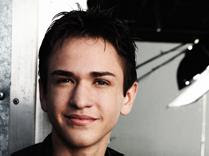 Aaron Kelly
With little Alex Lambert gone, I feel like he's bound to be the next young girl heart throb of this season. He's a country singer with spiked hair like he's in middle school, but I guess that's probably what makes people love him. He's not bad... But he's definitely young and intimidated. That can't be good. 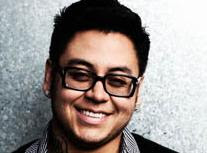 Andrew Garcia
He seems the most real and down to Earth to me. He's also pretty good in my book. There's not much else I really have to say about him other than I'm rooting for him. 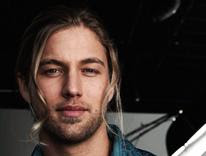 Casey James
He reminds me a bit of Chris Daughtry, only with a lot of hair instead of none. He's really talented, and though you wouldn't normally find him attractive, there's just something about him. He's got everything going for him, basically. 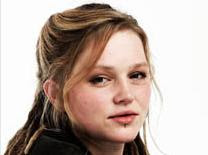 Crystal Bowersox
With Simon saying a girl is going to win this year, Crystal seems to be the favorite. We all know it's never good to be the favorite from the beginning, but who knows. We've never had a girl with dreads win the show... This could be the year. 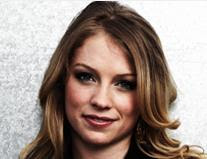 Didi Benami
She wasn't so hott in the past couple weeks, but her Hollywood auditions were good! She reminds me too much of Brooke White to be super excited about her. 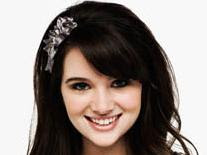 Katie Stevens
She's the high school girl of this season. The Jordin Sparks. The Alison Iraheta. Okay... She's not anything like either of those, and I don't think she should have made it this far, but she fits the stereotype needed. 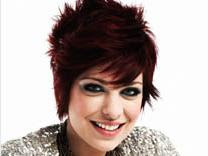 Lacey Brown
Here's the hair dying, punk rocker, nice girl of the season. I always like those. The girls in general I'm not too impressed with, but I'll stick with my gut and root for Lacey... for now. 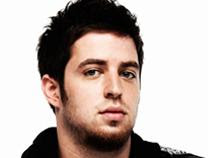 Lee Dewzye
This guy reminds me of Danny Gokey, which is absolutely a good thing. He's got the good looks, and though his singing doesn't blow anyone out of the water, it's definitely something worth listening to... And that's what got Kris Allen the win. 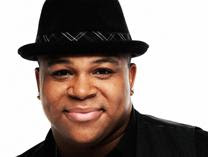 Big Mike Lynch
Ah, America's favorite personality-wise on the show thus far. He's awesome. I think he's my absolute favorite at this point, and yes, personality and life-story has a lot to do with it. He's so darn cute when he plays his little guitar. BONUS: He has a GREAT deal on how to make relationships work, thanks to Mr. Toby Knapp. 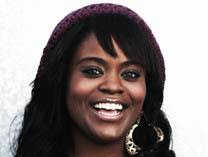 Paige Miles
I guess she's okay, but her appearance makes her look like a terrible singer. Is that mean? Does that even make sense?! Sorry... But I can't look past it... not that she's ugly.... 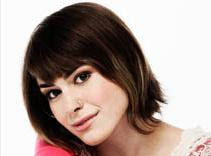 Siobhan Magnus
What a name, right?! She seems a little weird and off. Also something I can't really look past. 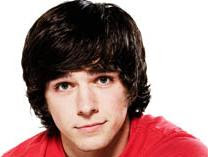 Tim Urban
Everyone's up in arms because he's still here and Alex Lambert is gone. He wasn't even supposed to be in the top 24, and now he's in the top 12, and who wants to bet he stays for a while?! I'm okay with it, I think.... Especially after the uber harsh comments he got after week 1.


As for how I think it'll all go down:
Season upset: Big Mike. It's gotta be. Crystal could go early too, but I think more people will be upset and shocked by Mike at some point getting knocked off... Probably in the top 4 or 5 as usual.
Season hang-on: [Ya know, the person there for way longer than they should be who annoys the living S out of you] Probably Katie Stevens... I can see Aaron getting very Sanjaya-esque too, though.
Winner: It's way too early for me to predict this. I'll do it in 2 weeks. I will say that I disagree with Simon. It's going to be a guy.


And as for how I feel about last week.... You all should know I was a Toddrick super-fan. I think he was amazing. He should be in the top 12, redoing song to make them "his." Most people are going nuts over Alex Lambert being gone, but Idol can't fit another Lambert into the mix. The first one was way too big.

Also: I love Ellen being on the show, for sure.... But other than that, this season sucks. It is by far the least talented ever. No wonder Simon is leaving.


So here's to another season of American Idol! Cheers!

Email ThisBlogThis!Share to TwitterShare to FacebookShare to Pinterest
Labels: american idol, because you want to know, top 12, tv