bad boys 3 is in the making

Yeah... Screenwriters are definitely starting to run out of ideas and it scares me. It seems like every movie that was popular in the 90s is coming back to life a decade later.

Don't get me wrong, I love more than half of the movies that they're adding on to... But do we really need to remake all of the classics?

Next up on the list: Bad Boys. The third. 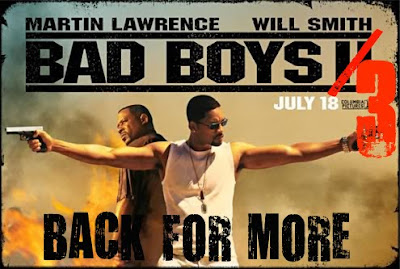 Nothing is 100% official or signed off on yet, but it's being written, and they want to bring back director Michael Bay and producer Jerry Bruckheimer, and of course Will Smith and Martin Lawrence.

I wonder if Will Smith would go back to this, though? I mean, he seems down to Earth and willing to go back to his roots, but I don't know. Something tells me we better keep our fingers crossed big time if we want to see this happen.