Ya know how everyone claims to find Jesus in their Cheese-its, other food items, ceiling tiles, etc.? Well, now people are finding Michael Jackson everywhere... Including tree stumps.

Ummm... I really hope I'm not alone when I say I don't see it. I don't see it at all. I don't see the Scarecrow or Jesus, either. I think these people just wanted to be on the news and called their neighborhood to come together and pretend MJ is in the tree. Weirdos.


I have some other MJ things to share, and I might as well do it now. I think it's time to let go of his death. Yes, it's tragic and I'm upset, but after that amazing tribute yesterday, I think it's time for all of us to move forward.

In order to "move forward," Rolling Stone has a 96 page commemorative issue hitting the racks on Friday. 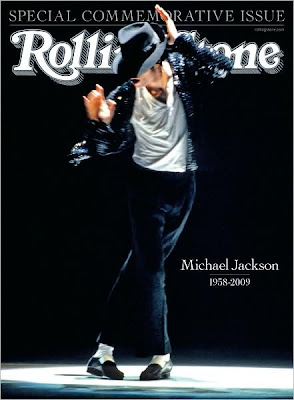 They say it'll include:

I think it'll be great, and I totally might invest in it. If not, I'll at least "skim through it" while in the grocery store.


Have you guys seen the "Mini Michael Jackson" from the Subway in NYC?! This video is pretty old but I just ran into it recently. The guy is really freakin' good!

I wonder if he ever got to meet MJ. That would have been really neat to see them both together. [Yes, I really just said neat.]


Finally, just a side note: Apparently he was buried without his brain. It sounds creepy, but I guess it's not that crazy.

The coroners are having to keep his brain to do more tests for this second "private autopsy." After thinking about that, I guess it seems a little less ridiculous, but it's still a little creepy to think about someone without a brain.

Anyways.. For one last time on this here blog [I'm probably lying, but at least for now...], RIP Mike!