I hate Joe Jackson with everything I've got.

I never knew much about the man except for what I saw on the movie about the Jackson 5, and it made me despise every ounce of him.

After seeing him clearly not give a S about his son dying, I about had it. Now, it's official. This man has got to go. 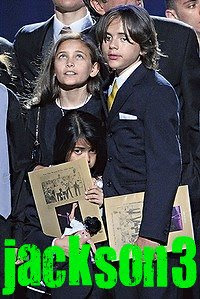 He wants to turn Michael's kids into the Jackson 3. No... Not kidding.

It's what he told Good Morning America. He said they have the talent to make it big... They have what it takes.

OMG dude. Please... Stop. You're forcing things on kids and it makes them turn out all crazy. These kids actually look relatively normal which is amazing considering their life so far. Don't eff it up!!