So it's technically Tuesday, but whatever! Just pretend!

I have a rack of stories of people being really, really smart so it's POP QUIZ time! 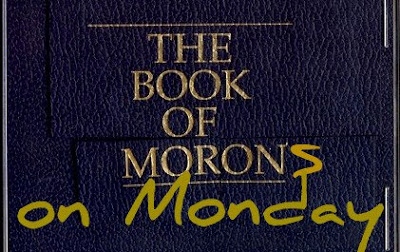 Are you as smart as them??

1. If you're 11 years old and out riding your skateboard around, what should you be worrying about?
A) Not having your helmet and pads.
B) Falling off and getting hurt.
C) Breaking your skateboard.
D) Bullies
E) Bullies with guns who want to rob you.

If you thought something simple like regular bullies or getting hurt is normal for an 11 year old to worry about, you're wrong! E is indeed the correct answer!

An 11 year old boy robbed a 10 year old at gunpoint for his skateboard in New Jersey. He's now being charged with armed robbery, robbery and weapons offenses.

Leave it to Jersey to bring out the hoodlums. I mean.. Uhh.. What?


2. If you need a little time off from work, what do you do?
A) Take some vaca time, duh.
B) Fake sick for a couple days, *cough cough*
C) Stab yourself

DING DING DING! C is for correctamundo! Homeboy decided in order to get off of work for a little while, he'd take a scalpel to himself. After all, it's not easy to quit or lose your job in these tough times.

The police have been investigating the situation since it happened in May because he claimed someone else did it. Now he's looking at insurance fraud, making a false report, and tampering with physical evidence charges.


3. When you're robbing a place late at night, what is the number one thing you should worry about?
A) Getting stuck on your way out
B) Breaking things
C) Leaving traces of evidence
D) Someone coming back during your raid

Switchin' it up! A is the right answer! A man robbed a local bar one night and on his way out of the window, he somehow got stuck.

When an employee came to check on the bar, he found the burglar half in and half out of the bar in a window. The sad part: He was dead.

Apparently he grabbed $700 from the bar and tried to get back through the window by stepping on the sink. The sink broke, the man [who is "heavy-set"] fell onto the window and got wedged between, and the money and a firearm fell outside of the bar below him.


So there ya have it! How do you measure up? Hopefully I won't have to be writing about your decisions in the near future. Or maybe that would put a nice local spin on things, eh?