Woah, it's June. That's weird. [And TOTALLY sweet because it's my BIRTHDAY MONTH! ;)]

Anyways, back to my regularly scheduled programming... [That I'm supposed to do once a week but never do. Whatever... Shoot me.] 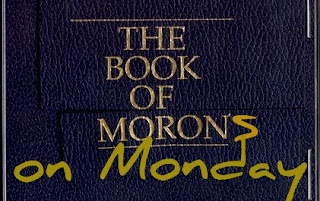 There's a million and one things you could do to your husband if you were mad at him. You could simply fight, or you could pull a Madea and throw the boiling grits onto him and then beat him with the pan. That's all old news, though.

You could also wait til he's out on a walk in the morning, load the kids in the car, and and just drive *OOPS!* right over your husband who's in the sidewalk.

Of course if you do this... You want to make sure you have your blinker on so that it's the last thing he sees before he gets ran over by you, your van, and kids.

PS: If this is the revenge you want to get, you should know you'll be charged with second–degree assault, domestic violence, reckless driving and child abuse, idiot.


I think I have a new type of story to add to my favorites.... Weddings. The fact no one takes them seriously is sad, but the things they do to get away from it all are funny.

Sometimes a girl wants to change out of her wedding dress for the reception. Something a little 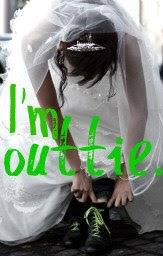 more flirty, or maybe a Juicy outfit with "Bride" printed on the back are most desirable for the new Mrs.

Or, sometimes, what they really want to change into, is the Mrs. Driver-for-my-Wedding-and-Teammate-of-my-Husband. So they announce they're going to change, then dip out into the car, and ride off into the sunset to the honeymoon with the former friend of the husband. Yikes, that hurts.

If you were smart, you'd either hide the affair, or not go through with it. If you were even smarter, you'd catch your significant other beforehand, and let everyone know. If you're a dummy, you'll get sued for material and emotional damages for running away.


High-School seniors, it's about that time. [Or maybe it's past that time for some of you, who knows.] Time for the senior pranks right before graduation.

Here's an idea I've never heard of or even thought of, and I'm a little upset I didn't. If you have access to the Yearbook or newspaper, have you ever thought about the possibilities that lay in front of you?! ESPECIALLY if you're the Editor-in-Chief.

I was totally on the yearbook staff, and for some reason, none of the crazies in my class, or the show-offs or the too-cool kids tried this. They hid the F word in a caption.

What a fabulous idea. All you'd have to do is make a couple letters standout from the normal block lettering. Are you following me?

The best part about it all... You can still graduate after someone finds it. [Although, who would find it AFTER it's published, honestly? No one really reads the whole thing... Unless you're a big nerd like me.] AND all your parents have to pay for are some stickers to cover up your bad-assness.


So really I guess I gave you two morons and a genius... But who cares. I enjoy them all.

Posted by elizabethany at 8:32 AM