my interview and bar crawl experience with sean paul

My station brought Sean Paul to Hampton Roads to help promote his single, upcoming album, and the fact that we're giving away a freaking CRUISE TO JAMAICA with him! Not only did we hang out in-studio, but we also organized a bar crawl with him that ANYONE could come to!

I was interested to see if he was cool in person because I really didn't know much about him beyond his music before yesterday. I decided to bring back "Eight Questions with EB" for an ice breaker of sorts before the partying. He was freaking hilarious.

**NOTE: I idiotically called his old hairstyle dreads instead of cornrows. Don't mind that. Also don't mind his constant hitting on me.**

Unfortunately Tuesday nights in Town Center aren't the most bumpin', but we made it a BLAST! For some reason, all of us poor people were buying the richest guy in the room a bunch of shots. Lesson learned: He hates sweet ones like a Gummy Bear shot, but he loved the Red Sea!

He's super flirty, but totally hott and silly, so I was not even mad about it.

Here are some pictures from the night: 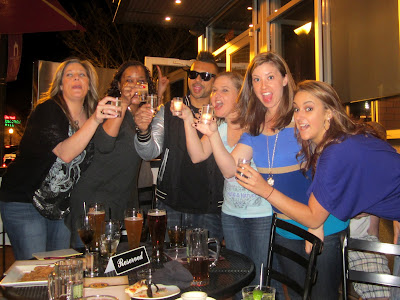 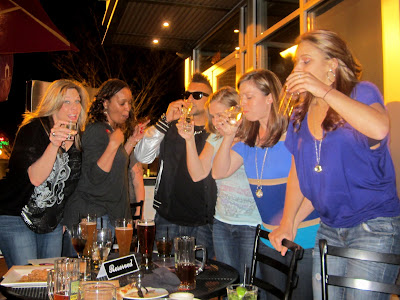 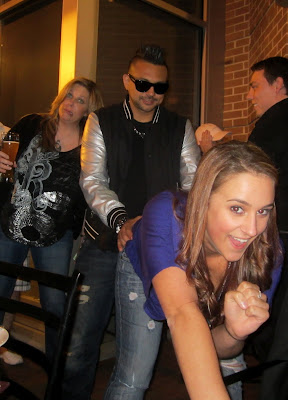 I called this "Singing with Scarlett Johansson's booty" because of the interview... [if you watched, you'd get the silliness] but really it makes no sense now that I'm sober. 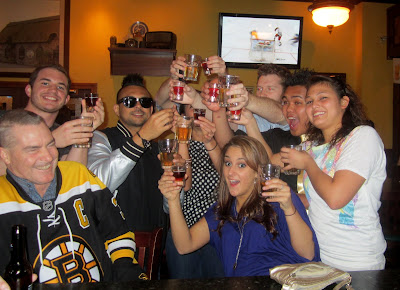 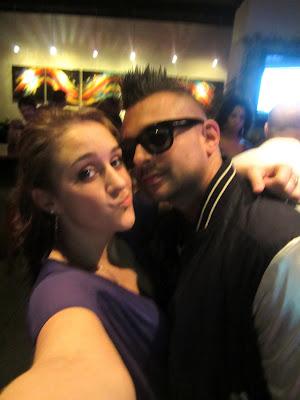 Best friends!
Whenever I meet a celeb, my opinion of them always changes pretty drastically one way or the other depending on how they are IRL. Luckily, I have a much bigger appreciation for Sean after last night and will totally be rooting for him.
love,
elizabethany